New Delhi, Oct 2 (IANS): After a Dalit youth was killed by three persons in north-east Delhi's Nand Nagri area, Hindu Sena President Vishnu Gupta has demanded that the incident must be probed by the National Investigation Agency (NIA).

The incident took place on Saturday evening. The deceased identified as Manish was killed by the accused trio identified as Faizan, Alam and Bilal. 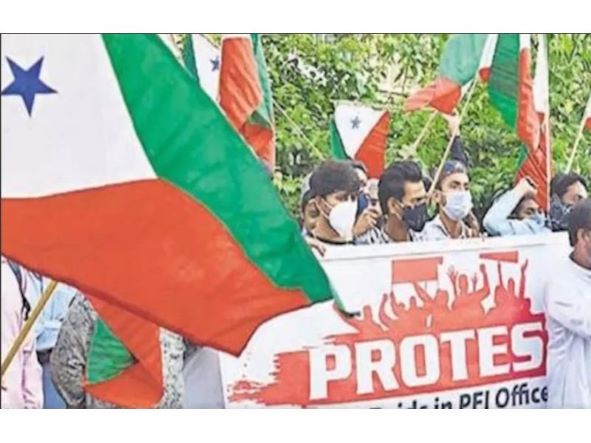 Gupta has alleged that Popular Front Of India (PFI) members were behind the incident and hence the matter should be handed over to the NIA.

THe Hindu Sena Chief alleged that the incident must have links with the PFI.

The police have arrested the accused trio and have deployed extra police personnel in the area to maintain law and order.

The police are also using drones to keep a close watch on anti-national elements.

Nearly one year back, the deceased Manish was attacked by accused duo Mohasin and Kasim, who had tried to snatch his cell phone. Both were arrested and are currently in judicial custody.

Faizan, Bilal and Alam are the friends of the accused duo. They attacked the deceased to take revenge of Mohasin and Kasim.

The CCTV footage of the incident accessed by IANS shows that Manish was stabbed publicly.

In one of the mobile footage, a Delhi Police Inspector could be seen slapping a local, who had gathered to stage a protest against the police and the accused.