Chennai, Oct 3 (IANS): Eight years after it was put into Martian orbit, India's Mars Orbiter Mangalyaan has floated into oblivion, drained of fuel and battery power.

The Indian Space Research Organisation (ISRO) said at a national meet to commemorate the Mars Orbiter Mission (MOM) on Monday that late last month it was deliberated that the propellant must have been exhausted, and therefore, the desired attitude pointing could not be achieved for sustained power generation. 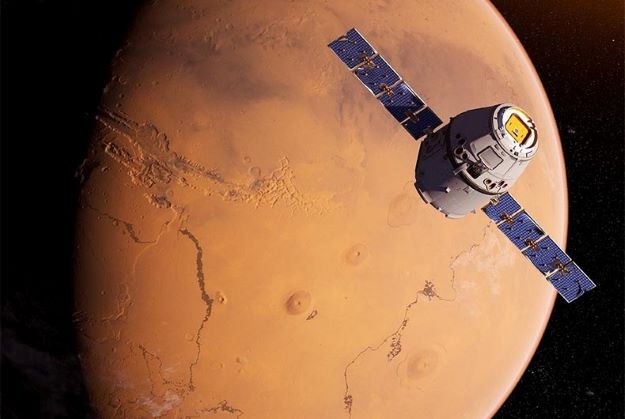 "It was declared that the spacecraft is non-recoverable, and reached its end of life.

"The mission will be ever-regarded as a remarkable technological and scientific feat in the history of planetary exploration," ISRO added.

At the national meet, an ISRO scientist said the Mars Orbiter has no fuel now and they were not able change the flight path of the spacecraft.

It was also said that the spacecraft was not able to get its solar battery charged as the shadow of Mars fell on it for long period of time - Mars Orbiter operated during back-to-back, long duration of eclipse.

A critical manoeuvre in 2017 resulted in burning of the about 20 kg of onboard fuel and leaving only 13 kg. Every year the spacecraft needs about 2.5 kg of fuel to remain in the orbit.

The official said the spacecraft had around 2 or 2.4kg of fuel which is not sufficient to make any manoeuvres.

It was from September 24, 2014 the spacecraft started orbiting Mars.

Equipped with a suit of five scientific payloads onboard, during these eight years, the mission has gifted significant scientific understanding on the Martian surface features, morphology, as well as the Martian atmosphere and exosphere.

The MOM has gifted an understanding of the composition of several gases in the Martian exosphere, quantified the altitude where the Martian atmosphere has a transition from the CO2 rich regime to atomic oxygen-rich regime during the local evening, said ISRO Chairman S.Somanath at the meet.

The mission is also credited with the discovery of 'suprathermal' Argon-40 atoms in the Martian exosphere, which gave some clue on one of the potential mechanisms for the escape of atmosphere from Mars.

The observation of the Martian dust storm from the MOM spacecraft gifted an understanding of the dynamics of the dust on the planet, as well as a potential mechanism of escape of the Martian atmosphere.

The atmospheric optical depth was estimated with the help of the MOM observations and the studies reported the presence of lee-wave clouds above the southern wall of Valles Marineris.

The MOM spacecraft photographed, for the first time, the far side of Deimos, one of the natural satellites of Mars.

The mission could capture the full disc image of Mars because of its elliptical orbit; it also generated an atlas of Mars with the help of the colour camera onboard the mission. The mission also captured the time-variation of the Martian polar ice caps; it also measured the Martian apparent albedo that indicated the reflecting power of the Martian surface.