Panaji, Oct 6 (IANS): South Goa MP Francisco Sardinha on Thursday said that the government should scrap the plan for building the campus of Indian Institute of Technology- Goa(IIT-Goa) at Sanguem as locals are opposing it.

Congress senior leader Sardinha reacted over the issue a day after Goa Chief Minister Pramod Sawant announced that the foundation stone for IIT-Goa will be laid within the next six months. 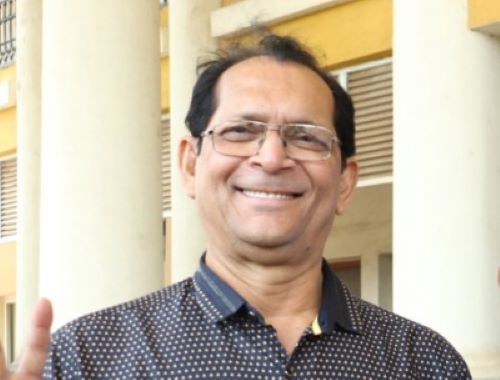 "Government is trying to build an IIT at Sanguem by taking away the cultivation of farmers, people don't want it. It is not in the interest of Goans. When people don't want it, then it should be stopped," he said, addressing a press conference in South Goa.

According to him, the students from other states will come and study, hence the government should first clear how much reservation will Goan students get. "All outsiders will study here, a few of our students will get the opportunity to study. Government should first tell how much reservation will the Goan students get. If they are not giving us reservation then we don't want this project," Sardinha said, however he didn't mention where this project should be shifted.

Later speaking to IANS, Sardinha said that the government should instead bring medical colleges like All India Institute of Medical Sciences in Goa. "This will help people in Goa for medical services," he said.

Sawant on Wednesday had questioned the media whether it is right to give front page space to those opposing the IIT-Goa and had said that the foundation stone for this project will be laid within the next six months.

Ever since an IIT was allotted to Goa by the Centre in 2014, the institute started functioning in a temporary campus housed at the Goa Engineering College (GEC) campus located in Ponda.

The IIT-Goa campus proposed at Sanguem in South Goa is facing opposition from the locals, and recently people also staged protests in Panaji, around 60 km from the proposed site.

"Just 8 to 10 people were protesting against the IIT in the capital city. Media should understand what should be highlighted. Doesn't the media want development," Sawant asked, while attending a programme in Sanguem on Wednesday.

"I appeal to those agitating against the project to withdraw the protest and submit documents to the collector if they have land in the proposed area. It is my responsibility to compensate them," Sawant said.