Puttur, Oct 20: Felicitations to achievers who won prizes and medals in various competitions held at different Colleges and University and brought laurels to the College was held at the General Assembly in the College. Dr Antony Prakash Montiero, the principal of the college, presided the programme. Enumerating the importance of discipline, dedication and hard work to achieve the success, he complemented the achievers and wished that their achievement will provide the inspiration to other students to showcase their talents.

In the programme the group of students who won the Trophy in TULUNADA AISIRI - the Cultural competitions held at Shree Mahishamardini Temple ,Matanthabettu, were felicitated. JUD Krithi of I BSc ,who represented Karnataka and Goa Directorate by participating in All India TAL SAINIK CAMP held at New Delhi, winners of Taluk Dasara Athletic Meet Kabaddi Championship, Shabareesh Rai of I B Com who won second place in CUMITE and third place in KATA at State Level Karate Meet, Srujan of I BBA, who won Bronze Medal in Taluk Level 100 meter Hurdles and Bronze Medal in District Level competitions, ranger Hithashree of III BA who won first place in District Level Geethagaayana Compitition organized by BHARATH SCOUTS and GUIDES ,KARNATAKA were felicitated. 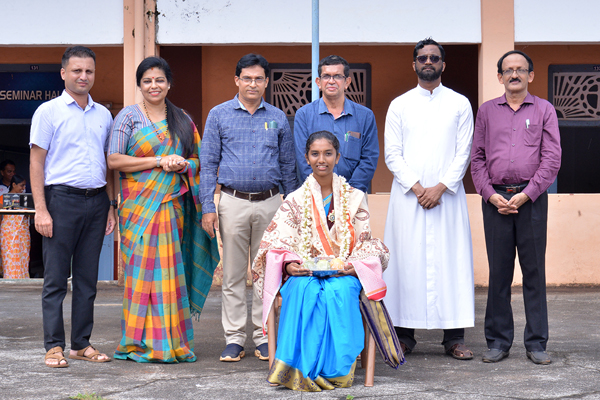 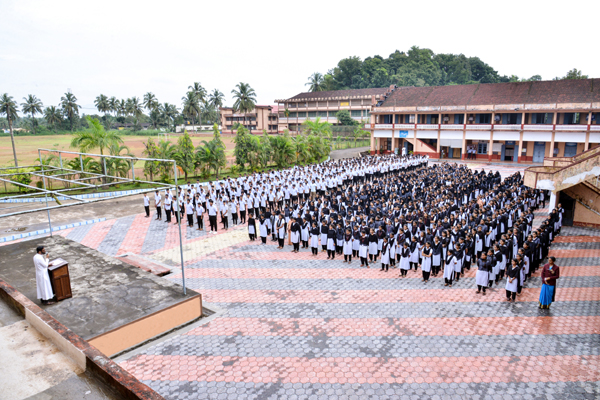 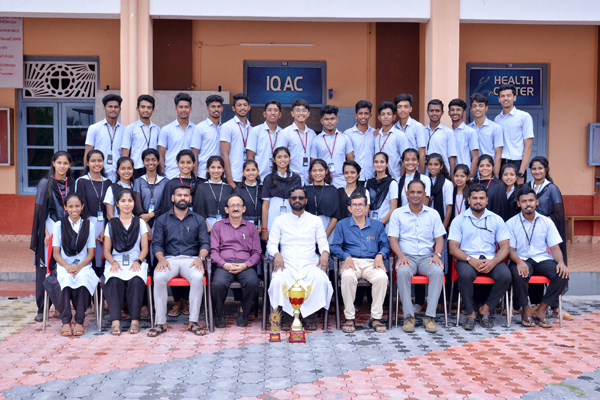 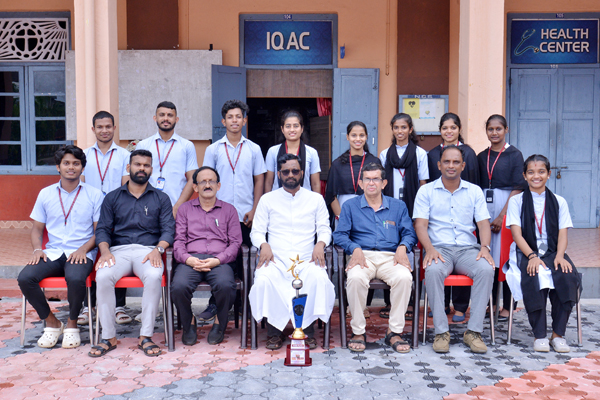