NIA fuelling communal tension in state in some cases: Mamata

In her address at the administrative review meeting for Nadia district, she referred to the adjacent minority-dominated Murshidabad district and while doing that, also referred to the NIA. 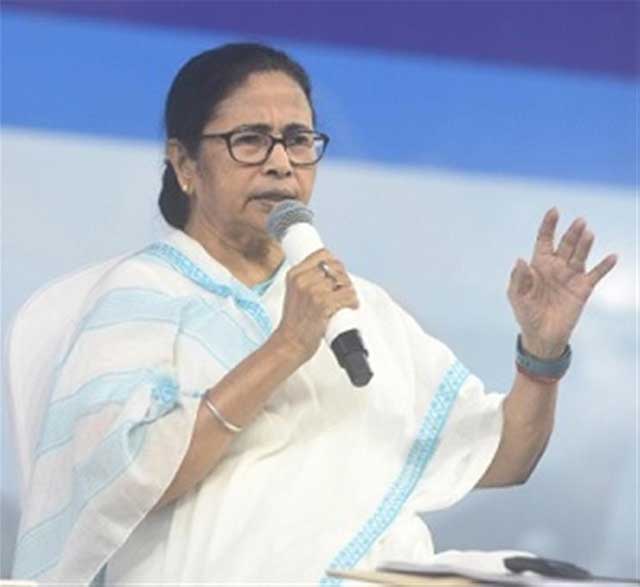 "There are certain communal groups in Murshidabad who are troublemakers. The NIA then enters the scene to fuel tension further. All the public representatives in such communal pockets have to be careful that a small incident cannot snowball into a major crisis. Whenever you hear of such incidents, you immediately intervene with the district and police administration and bring the situation under control," she said.

Recently, the NIA has become active on various issues related to communal tension in West Bengal including the latest one in Mominpur area in south Kolkata on the occasion of Lakshmi Puja last month.

Incidentally, on Thursday morning only, state Urban Development and Municipal Affairs minister and Kolkata Municipal Corporation Mayor, Firhad Hakim alleged that NIA is entering the scene in West Bengal even on the issue of burning firecrackers in any locality on the occasion of any festival.

Meanwhile, at the administrative review meeting, the Chief Minister asked the state's Director General of Police, Manok Malviya to alert his force about possible tensions in December. "Information is there that there might be attempts to fuel communal tension in the state in December just as it had been done in Karnataka," she said.

She also cautioned the police that before the panchayat elections in the state scheduled next year, there might be attempts to bring in arms and money to different localities through vehicles allotted to VIPs and VVIPs. "Such VIP vehicles escorted by people sporting black dress and black headgear are used in such a manner. So, I am asking the police to increase their patrolling and control such menaces," she said.