Need to focus on China's actions, not its words: Army Chief

New Delhi, Nov 13 (IANS): Army chief General, Manoj Pande said on Saturday said that China do quite different from what it says, and thus India need to focus on Chinese actions rather than "what is there in their written texts or scripts or their articulation".

The Army chief made the remarks while addressing the 'Chanakya Dialogues', organised by Delhi-based think-tank Chanakya Forum, at India International Centre here. 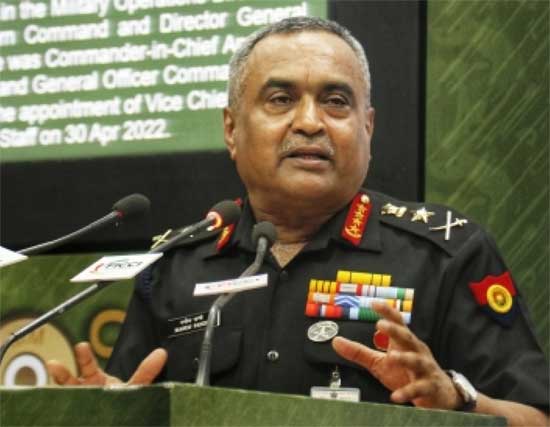 As far as PLA's force levels are concerned, there has been no significant reduction, he said referring to the situation along Line of Actual Control (LAC) in eastern Ladakh.

The Army chief also said that the situation along the LAC is "stable but unpredictable".

General Pande further said that there is a need "to very carefully calibrate our actions on LAC (Line of Actual Control) to be able to safeguard our interests and sensitivities".

Talking about infrastructure development by China along the LAC, he said that it was going on unabated.

The Army chief, while speaking about the use of new drone technology, said that the army is working in the field of artificial intelligence and is making a good headway.

Title: Need to focus on China's actions, not its words: Army Chief