Gurugram, Nov 13 (IANS): In a bizarre wedding ceremony, two dogs would be married by their owners in Gurugram's Palam Vihar extension on Sunday evening. The owners have made all arrangements for this unconventional marriage ceremony after arranging a match between their pet dogs.

Sheru (male dog) and Sweety (female dog) will take the 'Pheras' at around 8.30 p.m. According to the pet owners, for the marriage, 100 invitation cards have been sent to a neighbourhood of Jile Singh Colony in Palam Vihar Extension, as they will be attending the marriage ceremony as 'Baraatis.' 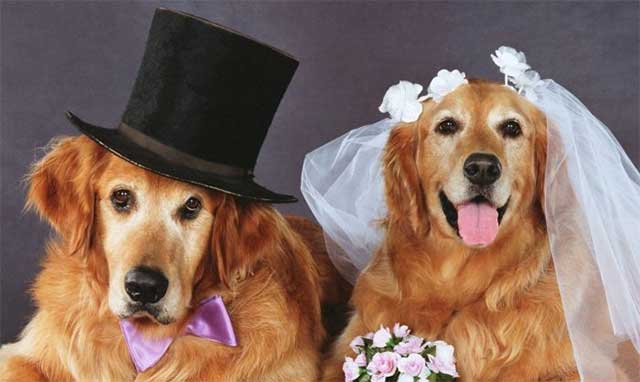 Rani, the woman who raised Sweety, said: "I did not have children so my husband brought Sweety from a local temple 3 years ago and since then I have raised Sweety like her child."

"With this wedding, we now have the opportunity to perform a 'kanyadaan' like a Hindu ritual," she added.

Sheru, the eight-year-old dog, was adopted by the childless couple after picking him up from the streets.