Chennai, Nov 14 (IANS): Central Intelligence agencies and Tamil Nadu Police's Special Branch are on high alert after the release of six convicts in the Rajiv Gandhi assassination case, amid reports that the now-defunct Liberation Tigers of Tamil Eelam (LTTE) trying to regroup itself through a series of fundraising initiatives.

The arrest of former LTTE intelligence operative Satkunam alias Sabesan in October 2021 had revealed the Tamil nationalist movement was trying to revive itself after the setbacks it suffered following the killing its head, Velupillai Prabhakaran. 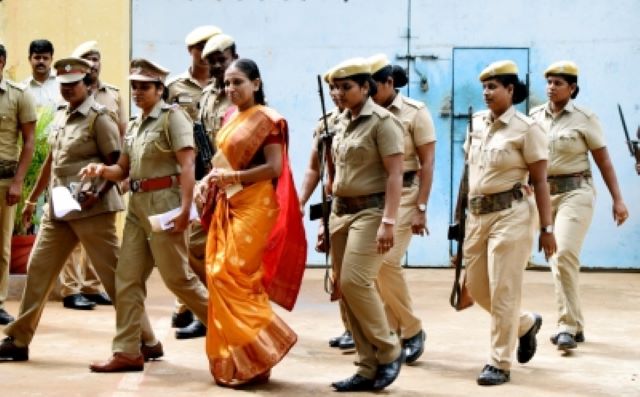 Satkunam, who was a top LTTE operative and in the inner circle of Prabhakaran and LTTE intelligence chief Pottu Amman, had transferred a huge amount of money to a few operatives in Sri Lanka to revive the LTTE and Tamil movement.

NIA investigators were tracking his movement for arms and drugs trafficking operations from Pakistan, Dubai, and Sri Lanka as the proceeds of these smuggling operations were used to fund the LTTE's activities.

The Central intelligence agencies and the state police are tracing antecedents of a few people who had contacts with Satkunam and some other former LTTE operatives. The release of the Rajiv Gandhi assassination case convicts, according to the police and agencies, could become a trigger for the revival of the LTTE in Tamil Nadu and Sri Lanka.

Intelligence sources told IANS that there are several LTTE sleeper cells in Tamil Nadu as well as in Sri Lanka and the convicts' release could lead to these increasing their activity, as certain former LTTE operatives are still nursing the ambition of a greater Tamil nation.

Talking to IANS, Dr. Annapoorna Sundareshan, a retired professor of International Studies, said: "Tamil nationalism and Tamil movements did not start with the LTTE nor does it end with the LTTE. It is certain that the release of the six convicts in the Rajiv assassination case is much more than what is seen before the eyes and even if these people did not indulge in any activity, there are other underground activists who could be a potential danger."