New Delhi, Nov 14 (IANS): As retail inflation in October eased to 6.77 per cent compared to 7.41 per cent in September, though still remaining above the RBI's tolerance band of 6 per cent for the 10th straight month, the government on Monday credited the slide to a fall in food price inflation.

"The headline inflation rate based on the retail Consumer Price Index recorded a decline from 7.41 per cent in September 2022 to 6.77 per cent in October 2022. The significant decline in retail inflation is mainly due to a decrease in food price inflation," the Finance Ministry said in a series of tweets. 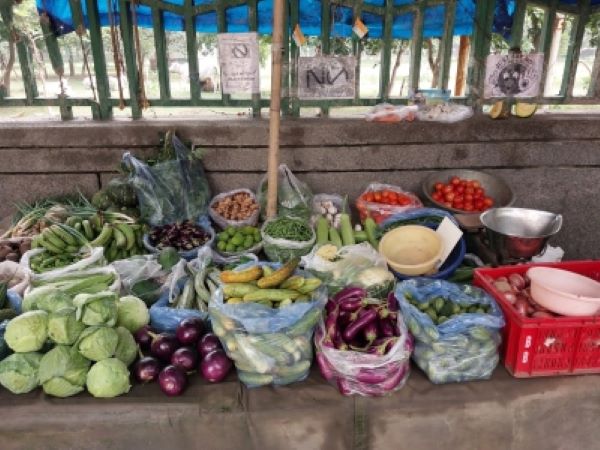 "Prices of commodities like crude oil, iron ore and steel sobered in global markets. This, coupled with measures taken by the Government to rationalise tariff structures of major inputs to augment domestic supply, helped to keep cost-push inflation in consumer items under control," it added.

To soften the prices of edible oils and pulses, tariffs on imported items have been rationalised from time to time and stock limits on edible oils maintained, to avoid hoarding. Inflation in "oils and fats" and "pulses and products" moderated to -2.15 per cent and 2.78 per cent, respectively, the ministry said.

Further, the government has taken trade-related measures on wheat and rice to keep domestic supplies steady and curb the rise in prices. The impact of these measures is expected to be felt more significantly in the coming months, it noted.