Aizawl, Nov 15 (IANS): A total of 12 people have been confirmed to have died in Mizoram after a large portion of a stone quarry collapsed and fell on them while they were working, officials said on Tuesday, adding at least eight bodies have been retrieved so far. 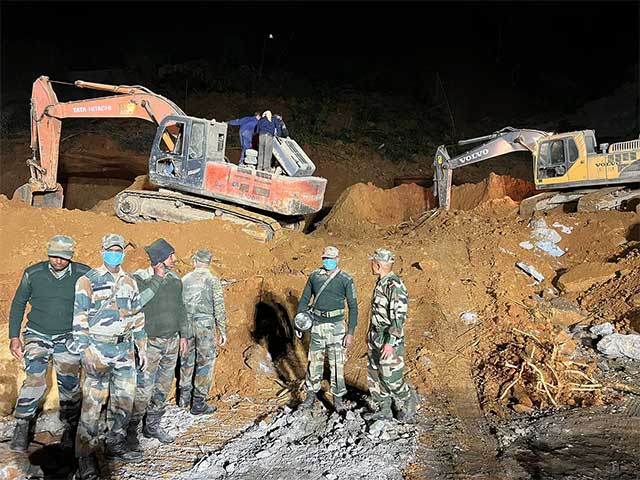 An official of the Mizoram Disaster Management and Rehabilitation Department earlier said at least 15 workers were buried alive after a huge portion of a stone quarry of a private company suddenly collapsed when the workers were working in the stone pit.

"Continuance of the search and rescue operation is very difficult after the evening. Big stone boulders and other challenges are causing troubles to the rescuers," Gurung told IANS.

Meanwhile, Prime Minister Narendra Modi, who is in Indonesia capital Bali to attend the G20 Summit, on Tuesday condoled the deaths in the stone quarry disaster.

Mizoram Chief Minister Zoramthanga tweeted: "Search and rescue operations at quarry landslide, Maudarh village are being carried out tirelessly. My heart goes out to the victims of this unfortunate incident. Our gratitude to the PM Narendra Modi who conveyed his condolences via telephone."

According to a report of the Deputy Commissioner of the Hnahthial district, of the 12 workers, five hailed from West Bengal while three were from Assam and two each from Jharkhand and Mizoram.

According to some villagers of the area, the mishap had happened late on Monday afternoon after the workers returned from their lunch break.

At least five excavators and other drilling machines have been buried under the debris of the quarry.

The stone quarry, located about 160 km from Aizawl, has been operational for two-and-a-half years.

A private company which is constructing a highway between Hnahthial and Dawn village collects stones from the quarry.