Some countries support terrorists as part of their foreign policy, says Modi

"They offer political, ideological and financial support to them, he added."

The PM attacked Pakistan and China without naming them. Addressing the representatives of 78 countries, Modi said that a cost should be imposed on countries that support terrorism. 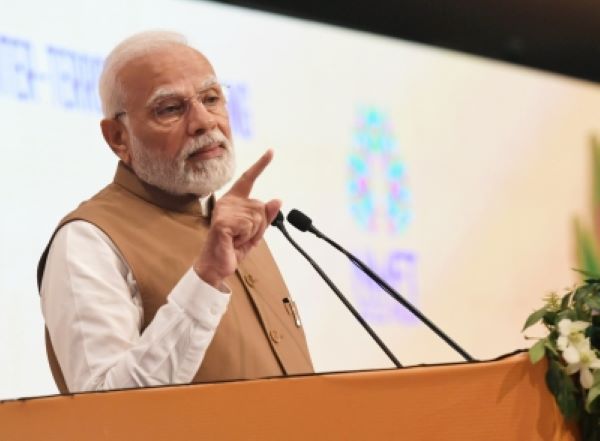 He added that the world today needed to stand united against covert and overt support to terrorism in all its forms to end global terrorism.

The PM stressed on 'proxy' wars being dangerous and said that organisations and people who sympathized with terrorists need to be isolated, adding that, "all terrorist attacks deserve equal outrage and action."

"Our country saw the dark face of terror long before the world took serious note of it," said Modi.

He added that India lost thousands of precious lives, but fought terrorism bravely.

The PM said that, "we will not rest until terrorism is uprooted."

Representatives of several countries and multilateral organisations will discuss ways to deal with terrorism and financing of terrorism at the conference.

Title: Some countries support terrorists as part of their foreign policy, says Modi