Panaji, Nov 20 (IANS): The 53rd edition of the International Film Festival of India (IFFI) will begin from Sunday in Goa.

The nine-day gala, featuring 280 films from 79 countries and many more activities, will open with the Austrian film 'Alma and Oskar', directed by Dieter Berner, while Krzysztof Zanussi's 'Perfect Number' is the closing film. 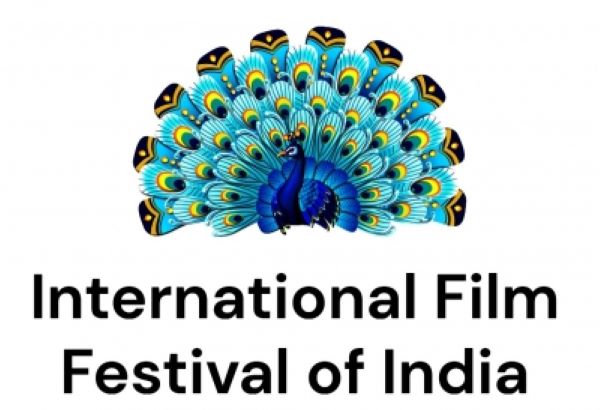 France is the 'Spotlight' country and eight films will be screened under the 'Country Focus' package.

The Gala Red Carpet Opening Ceremony will begin at 4:00 p.m., followed by the opening ceremony which will be from 5 p.m. to 9 p.m.

IFFI, improving standards every year, is witnessing a rise in its delegates with more than 6000 registrations this year, apart from invitees.

National Film Development Corporation (NFDC) in collaboration with Entertainment Society of Goa (ESG) organises this eight-day event, which will conclude on November 28.

ESG Chief Executive Officer Swetika Sachan, IAS, told IANS that the purpose of organising the festival is "to gather cinephiles and cinema production houses from all around the world to celebrate cinema".

Sachan said that their endeavour is to create "the best environment for cinemas during IFFI, for which every measure has been taken".

"We already have around 6,000 delegates and many invitees are invited by NFDC. Participation in big numbers definitely will give bigger success (to the event)," she said.

She said that the second edition of '75 Creative Minds of Tomorrow', an initiative by the Ministry of Broadcasting and Information, is another attraction. The number of filmmakers being recognised is symbolic of 75 years of Indian Independence.

Sachan said that 'Film Bazaar' will screen some of the finest films and filmmakers in various sections.

"In this festival, we have Film Bazaar, which will help budding filmmakers and others. Anybody who intends to produce a movie or has good script etc, can get the producers here. Film Bazaar caters to that kind of audience who are professionals in film making. They can find producers, and persons producing their film and content," Sachan said.

For the first time, Pavilions will make an appearance at IFFI in line with major international markets like the Marche du Cannes. This year, there will be a total of 42 Pavilions. They will house the film offices of the various state governments, the participating countries, industry players and media units from the ministry. This will also be the first time when many restored classics will be available at 'The Viewing Room' where one would be able to buy the rights of these films and use them at film festivals across the globe.

ESG is spending around Rs 17 crore on IFFI, besides NFDC spending Rs 40 crore to make it a big event.

Speaking about the advantages to Goa for organising IFFI, she said that the immediate effect of the festival is seen in increasing tourism. "One who attends IFFI also like to go around the state and explore the culture and rich heritage of Goa and hospitality we extend to all. They spend money. This gives a big boost to tourism," she said.

She said that IFFI has helped Goa in the Film sector also as many filmmakers prefer to shoot in this coastal state.

Sachan said that apart from screening of international and Indian movie, there are many conversation sections, which will give opportunities to talk to celebrities.

With 23 'Masterclasses' and 'In Conversation' sessions with eminent filmmakers and actors, it promises to be an exciting week. There will be a master class in screenwriting by V. Vijayendra Prasad, on editing by A. Sreekar Prasad and Anupam Kher will take a class in acting.

A masterclass on ACES will have Oscar Academy experts, while the ones on animation will have Mark Osborne and Christian Jezdic. The 'In-conversation' sessions will be helmed by Asha Parekh, Prasoon Joshi, Aanand L. Rai, R. Balki and Nawazuddin Siddiqui among others.

"Over 100 celebrities will come to offer master classes. This also includes Oscar winners," she said.

"We have Goan film section. Seven non-feature films will be screened in the festival," Sachan said.

The 'Indian Panorama' will open with Prithvi Konanur's Kannada film Hadinelentu while 'The Show Must Go On' by Divya Cowasji will flag off the non-feature film section.

There will be special screenings of Pan Nalin's 'Chello Show - The Last Film Show', India's official entry to the Oscars in the Best Foreign Language category, and Madhur Bhandarkar's 'India Lockdown'.

Three films of this year's Dadasaheb Phalke awardee - 'Teesri Manzil', 'Do Badan' and 'Kati Patang' will be screened as part of the Asha Parekh retrospective.

On the occasion of completion of 50 years of Manipuri Cinema, a specially curated package of five feature and five non-feature films, curated by Manipur State Films Film Development Society, is being screened under Indian Panorama.

As many as 25 feature films and 19 non-feature films from India will be showcased in the 'Indian Panorama', while 183 films will be a part of international programming.

Union Minister of State for Information and Broadcasting L. Murugan had said that the "preparations for the IFFI had been done on the lines of the Cannes film festival".