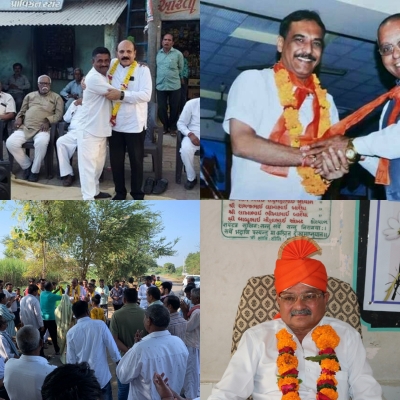 This time the BJP is facing more revolts on many seats as compared to the Congress, said Dilop Patel, a political analyst.

On many seats, workers are contesting against party candidates like Rajulben Desai has filed nomination from Deesa seat, Alpesh Thakor from Gandhinagar South, Shankar Chaudhhary from Tharad, V D Zala's from Himatnagar.

The rebels are calling them parachute candidates and are of the view that the party should have fielded only local candidates.

Some more suspensions are likely this week, as those who are contesting as independent and have not resigned from the the BJP, are likely to face action, said sources.