France honoured to be 'spotlight' in IFFI: French Ambassador

Panaji, Nov 21 (IANS): French Ambassador to India Emmanuel Lenain has said that his country is honoured to be the 'Spotlight' country in the International Film Festival of India (IFFI).

Being the 'Spotlight' country, eight films from France will be screened under the 'Country Focus' package at IFFI.

"We are honoured as France is 'spotlight' and movies from France will be screened in the IFFI. We are very hopeful to win," he told reporters while participating in IFFI. 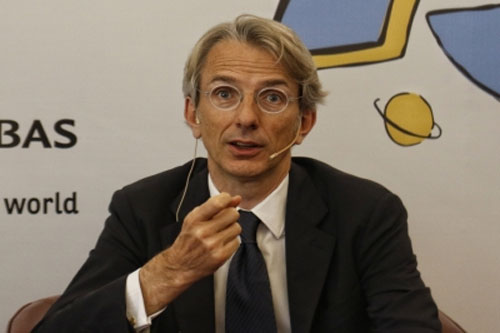 According to him, film is the best tool which brings both the countries closer together.

"Movie is great cooperation between friends of India. My country also has a great movie industry... we invented cinema and we brought it to India a long time ago in 1896 in Mumbai by Lumiere brothers. Since then we are getting amazing cooperation for co-production," he said.

Lenain said that France produces 300 plus movies. "We love co-production with India. Some are very successful like 'lunch box', 'sir' and others. We share a lot. We love Indian movies, we love the vibrancy and music of India too," he added.

Title: France honoured to be 'spotlight' in IFFI: French Ambassador