Udupi, Nov 22: Speaking on the matter of cooker bomb blast in Mangaluru, MP Tejasvi Surya said that some intend to conduct terror activities in Karnataka and there is a plot to create communal unrest in the financial power centre.

Speaking to media on Tuesday November 22, he said, “In Karnataka series of murders occurred. Work of disrupting the law and order of the state is being done by vested interests. We will remove the terrorism from the root like the ban on the PFI. Till then, our governments will not rest. 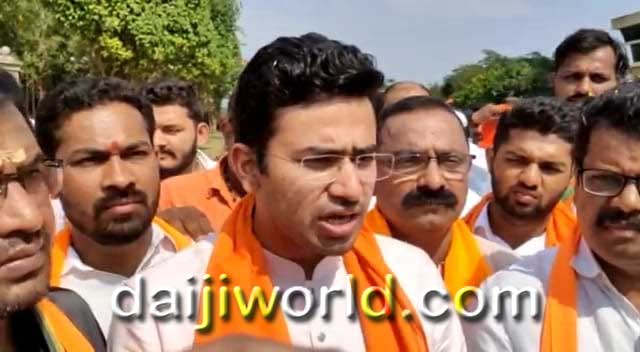 “So far in state level no huge kind of activity has taken place. This one incident will alert the whole state. A National Investigation Agency (NIA) office is required in the coastal region. The coastal region of Karnataka is becoming the hub of terror powers.

“An NIA office should be established in coastal Karnataka. I have already spoken to home minister Amit Shah. Now I will speak again. If police, intelligence works in tandem with the NIA, these kind of incidents can be prevented.

“To safeguard the life and property of the people of Karnataka is our duty. We do not do vote bank politics. The safety of the nation and state is our priority. No compromise will be done with respect to the safety of the country. We will legally eradicate those behind this blast,” he said.