"Of these, 82 are foreigners and 53 are local militants. There are about 170 unidentified militants who are tasked to carry out criminal activities. This is worrisome for the army," he told a media conference in Poonch on the Poonch Link Day being observed on Tuesday. 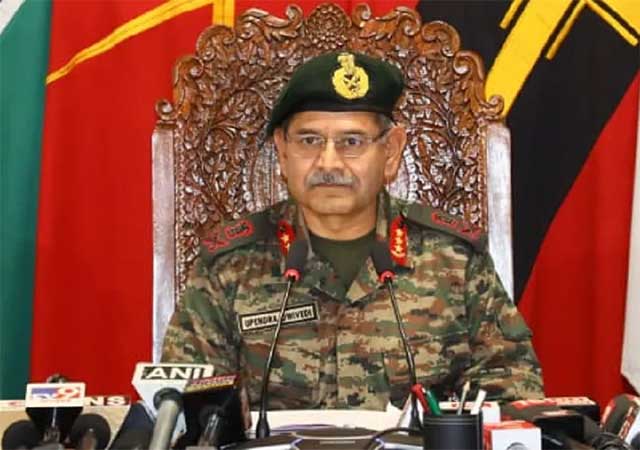 Lt Gen Dwivedi said that efforts are on to prevent and foil all the designs of militants with regard to attacking the security forces across J&K.

He also disclosed that there are around 160 militants waiting in various launch pads in Pakistan-occupied part of J&K to cross the border into the Indian side.

He said after the abrogation of Article 370 on August 5, 2019, there has been a big change in the security situation because peace and development have become everybody's priority.

"Militants operating in J&K are facing shortage of weapons and the neighbouring country is now sending consignment of small arms like pistols, grenades and drugs.

"These small arms are used to target non-J&K residents who come here to earn their living. Locals, security forces and police have condemned such acts. Those involved in innocent killings will face action they deserve," he said.

The army commander also said a large quantity of drugs are being sent to this side of the border and in June last year, heroin valued at Rs 47 crore was seized in Baramulla district of the Valley.

Answering a question on the challenge faced because of drones being used to air-drop arms and drugs, the top army officer said that the army has started to counter drones with drones.

About the recruitment of local youth into militant outfits, he said that it is the duty of the parents to keep a watch on their children to ensure their proper upbringing.

Title: Unidentified militants being used to carry out criminal acts in J&K