KUndapur, Nov 24: “I was confident that Kantara movie will be a hit. All over the world people, regardless of language, have watched the movie. There is a plan to make Kantara-2 movie. Rishab is making preparations for the same,” said Kartik Gowda of Hombale Films.

Kartik spoke in the Cartoon Festival that was organized by Cartoon Balaga at the Rotary Kalamandir on Wednesday. He further said, “I always believe that God is there. However, I do not obstruct atheists. Kantara is proof enough that people believe in God. 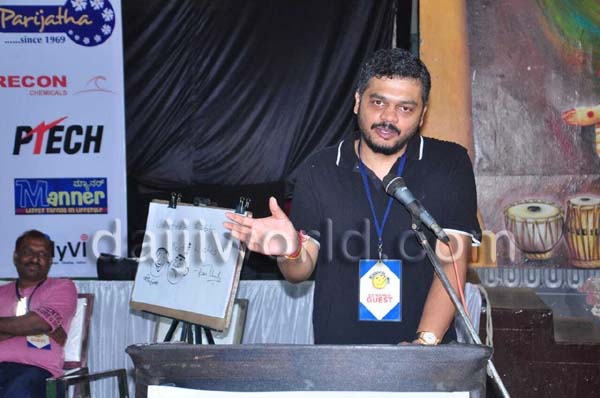 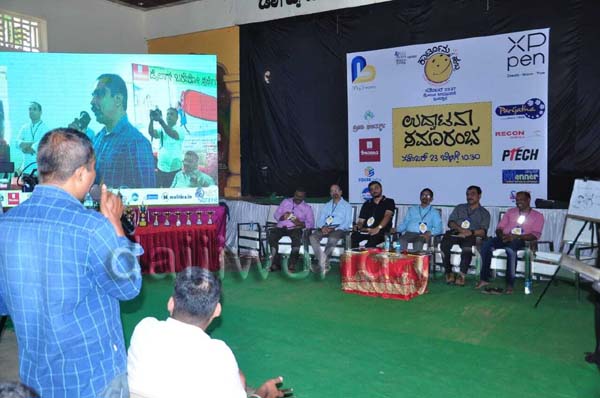 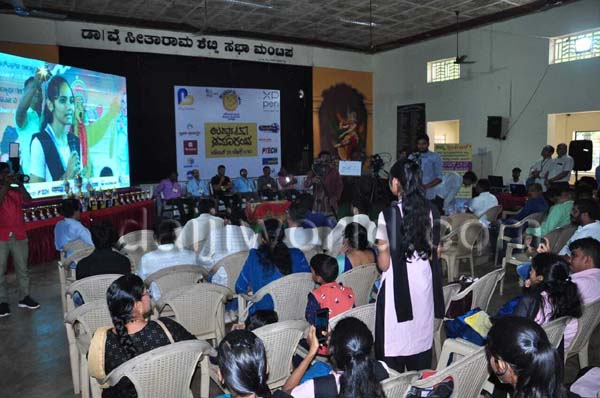 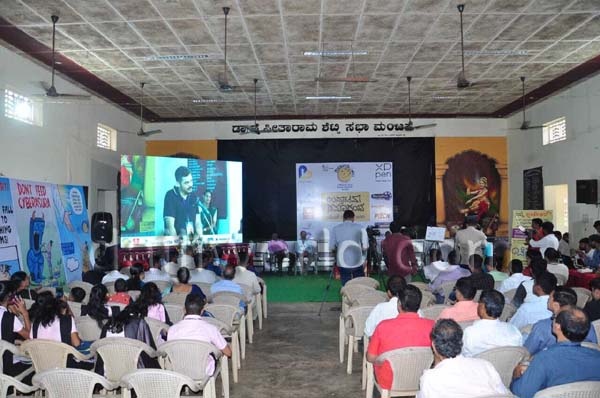 “Hombale Films is established with the intention of providing good movies to the society. When we get material on such lines will do the movies. It is really appreciable that people are showing interest in movies of social interest.

“India has only 9000 theatres. This number should increase drastically. China has 60,700 to 70,000 theatres. We have learnt a lot from the life of Puneet Rajkumar. Our production house produced Ninnindale movie with him. Appu was a great personality.

“I am grateful to the villagers of Keradi who have their highest cooperation where we did our complete shooting for Kantara.

“We are ready to do cartoon movies. If anyone gives content we will immediately start doing the same. It is really surprising that there are 22 cartoonists in a small town like Kundapur.

“Varaha Roopam song controversy of Kantara movie is in the court. This is original song. It might have been inspired by other language song. But it is not a copy. We see how lies are spread fast on social media,” he said.