The movie is directed by Naveen Dwarakanath who has also written the story and screenplay, and produced by N Naveen Rao. 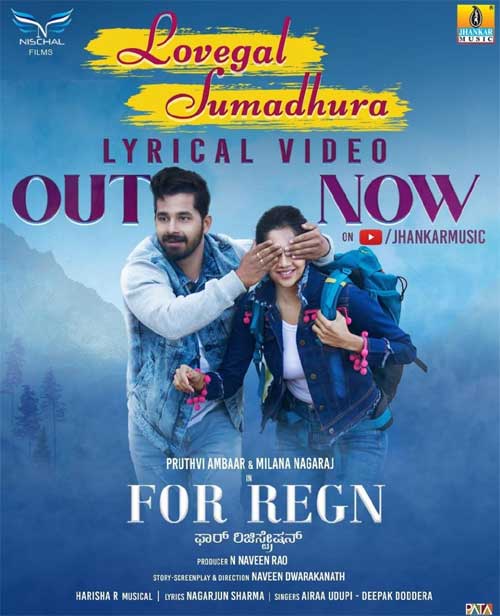 The music is composed by R K Harish, and the song is sung by Airaa Udupi and Deepak Doodera. The lyrics are penned by Nagarjuna Sharma. The song was shot by Vivek S K.

The first look teaser was released on November 1.

The audio rights of the movie were earlier sold to Jhankar music for a huge sum. ‘For Regn’ will be released on February 10, 2023.