Hyderabad, Nov 26 (IANS): AIMIM chief Asaduddin Owaisi on Saturday slammed Union Home Minister Amit Shah for stating that BJP taught a lesson to rioters in Gujarat in 2002 and remarked that he is drunk on power.

The Hyderabad MP took to Twitter to hit back at Amit Shah. "Drunk high on power, India's home minister said we taught a lesson in 2002," tweeted Owaisi. 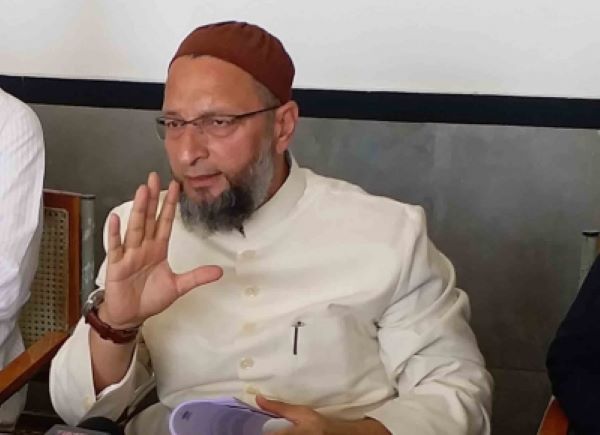 The AIMIM leader reminder Shah that power is not permanent. "After coming to power, some people forget that power does not always remain with someone," wrote Owaisi, who is currently campaigning for All India Majlis-e-Ittehadul Muslimeen (AIMIM) candidates in Gujarat Assembly elections.

Amit Shah had told an election meeting in Gujarat on Friday that BJP taught a lesson to rioters of Gujarat in 2002 and established permanent peace in the state.

"Amit Shah sahab, what lesson did you teach during Delhi communal riots," he asked.