Bengaluru, Dec 6 (IANS): As post-poll surveys are predicting a big victory for the BJP in Gujarat and Himachal Pradesh states, the party high command is now focussing on emerging stronger in Karnataka.

Karnataka is considered as the gateway for the saffron party to south India. The Assembly polls are scheduled to be held within four months in the state. The party high command is likely to make swift changes in the party in the view of its gains in the elections. 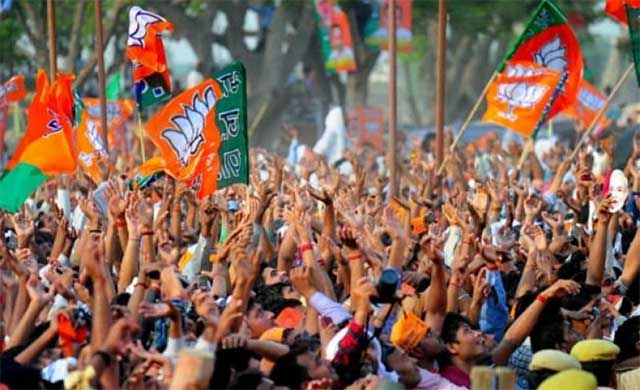 According to the party insiders, including cabinet expansion, the party would take calls on long pending issues within the party. They explain that all is set to march ahead with strong Hindutva and development plank in the polls.

The party sources claim that on the lines of Gujarat and Himachal Pradesh, where the party did not allot tickets to senior leaders, including a former CM, calls will be taken in Karnataka as well.

Fearing that they will be denied tickets, senior cabinet ministers and MLAs have started lobbying with their godfathers in New Delhi.

The party leaders will take calls on the post of the President of the party in the state. Present incumbent Nalin Kumar Kateel has completed the term and he is hoping to continue. Union Minister Shobha Karandlaje, National General Secretary and BJP MLA C.T. Ravi's names are doing rounds for the post.

The party is expected to take a firm decision regarding the future role of BJP Central Committee member B.S. Yediyurappa's son party Vice President B.Y. Vijayendra. Introducing 10 new faces in the state cabinet. The sources also claim that the State In-charge of BJP Arun Singh may also be changed.

The Congress party is also seeing strong chances of attaining power through internal surveys. AICC former president Sonia Gandhi came down to Karnataka and participated in Bharat Jodi Yatra in the same background. The party State President D.K. Shivakumar and Opposition leader Siddaramaiah are vying with each other to project themselves as CM candidates.

On the other hand, the JD (S) party is putting all its might to become a king maker in the formation of the next government. BJP, which had never attained a simple majority in state Assembly elections, is hoping to achieve this time, without having to indulge in operation lotus to attain power.