Udupi, Dec 7: Gold ornaments worth Rs 40 lac were stolen from the bag of a woman who was travelling from Mumbai to Udupi.

Deepa Rai (44), a resident of Vishali city of Mulund in Maharashtra was travelling on Matsyagandha Express on December 5, along with her sister, brother in law and parents in order to attend marriage function at her native place Katapady. She boarded the train from Panvel. She had kept the gold ornaments in between sarees in three bags. 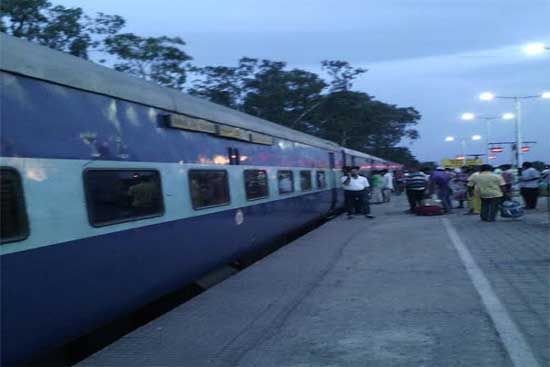 On December 6, around 5 am, as the train reached Kundapur station, Deepa brought her bags near the door of the compartment and got ready to get down at Udupi which was the next stop. The train reached Udupi at 5.40 am. After alighting from the train, she went to her house at Katapadi and shocked to see that the gold ornaments in the bag were stolen. The total weight of the stolen ornaments is said to be 850 grams and the worth is around Rs 40 lac.

It is suspected that four men gang in the age group of 40 to 50 years must have stolen the ornaments. A case in this regard if filed at Manipal police station.