Mangaluru, Jan 22: The Karnataka state Congress has released a 10-point charter for the coastal region ahead of the Assembly elections here at Prajadhwani Yathra event held at Karavali Utsava ground on Sunday, January 22.

Earlier, Congress manifesto committee president G Parameshwara had announced that the party will bring out a separate poll manifesto for the coastal region.

Former chief minister Siddaramaiah said, “Congress will not only make promises but it also knows how to deliver them with adequate release of funds. Congress will include promises that can be fulfilled in the manifesto and we will never make false promises. In 2013, people of Dakshina Kannada had blessed the Congress party when we had made 169 promises out of which 165 of them were fulfilled and another 30 projects were implemented that had not found mention in the poll manifesto. These projects include the ones such as Indira Canteen, loan waiver scheme, vidyasiri and so on. In 2018, BJP had made 600 promises which were illusionary among which 550 of them were not fulfilled.” 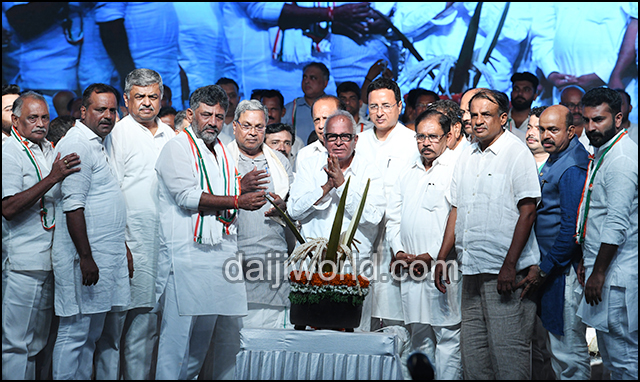 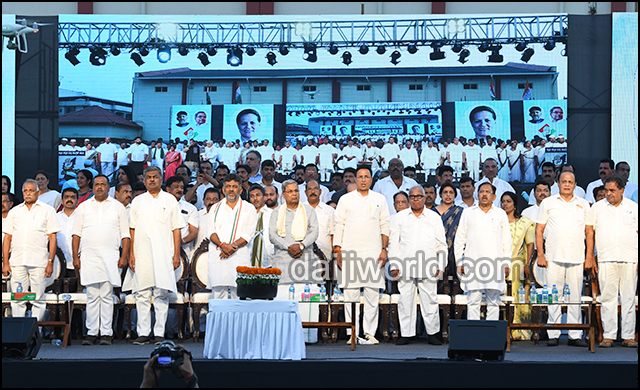 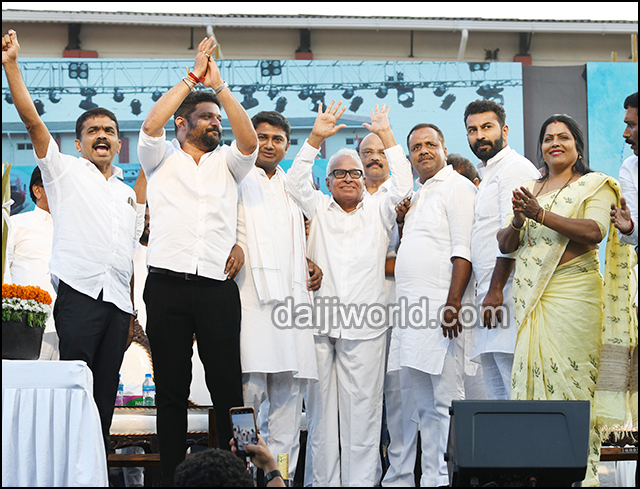 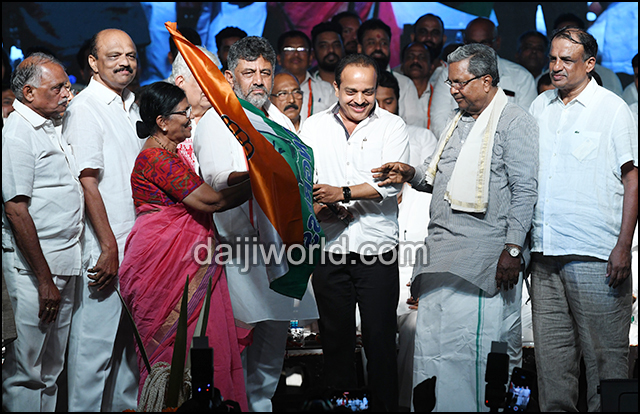 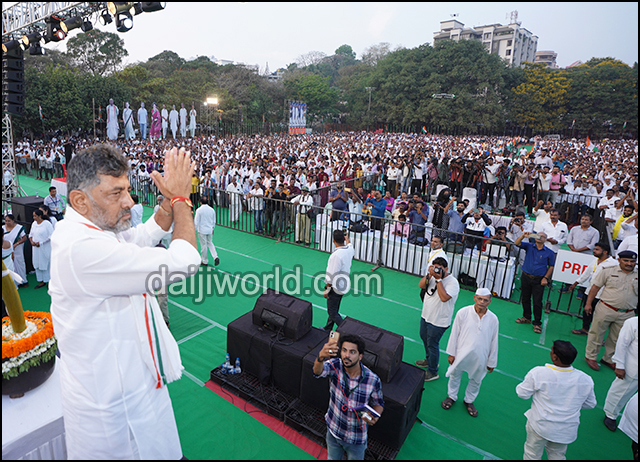 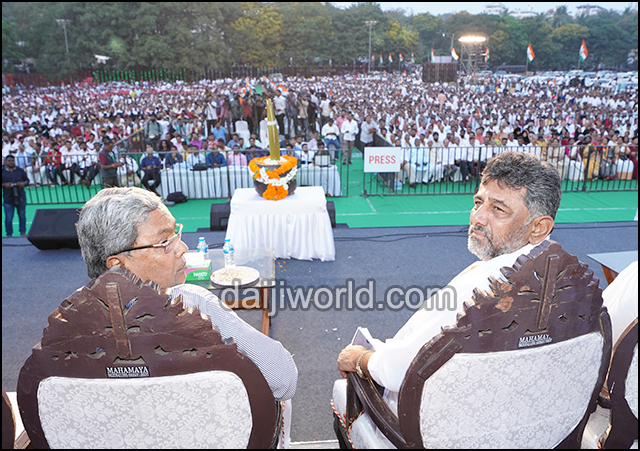 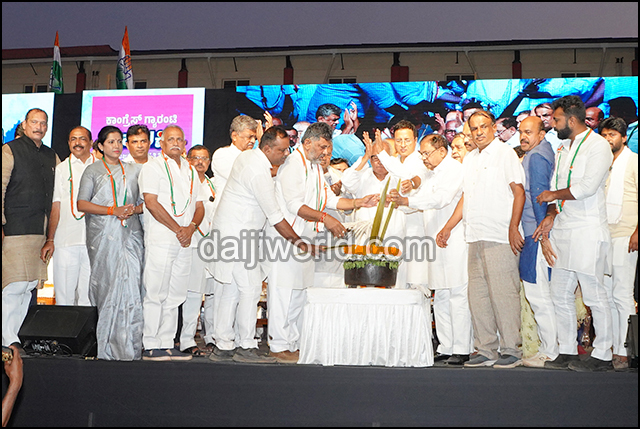 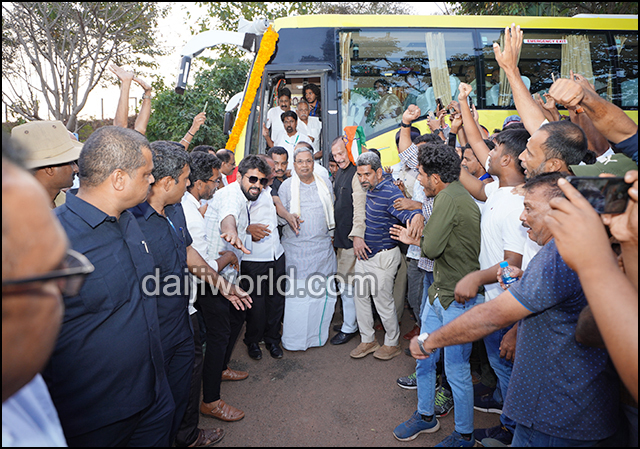 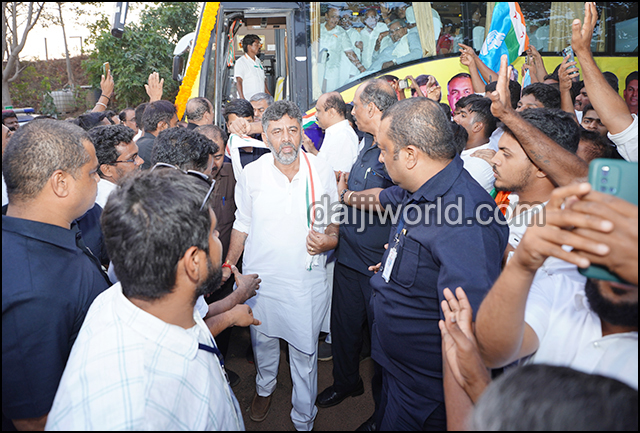 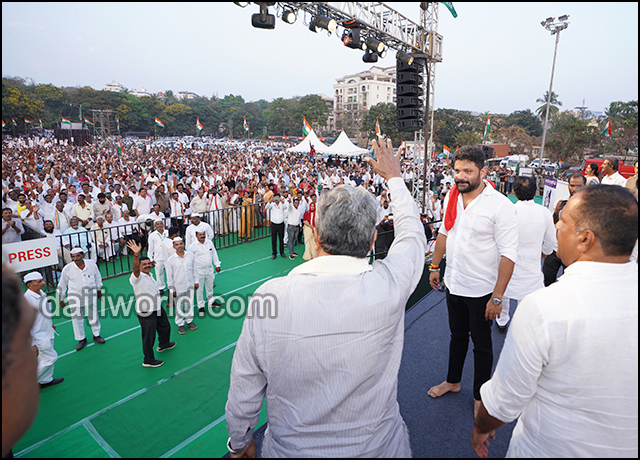 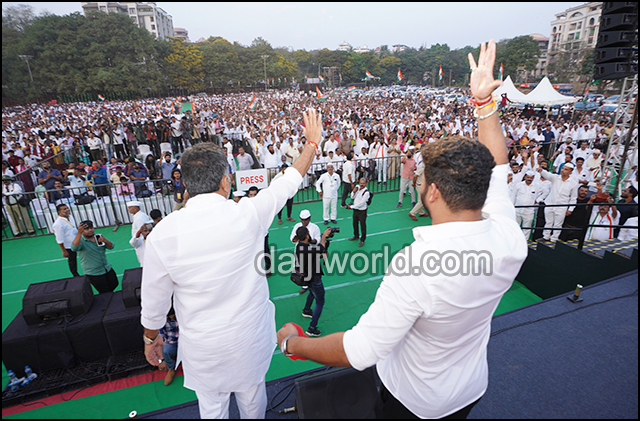 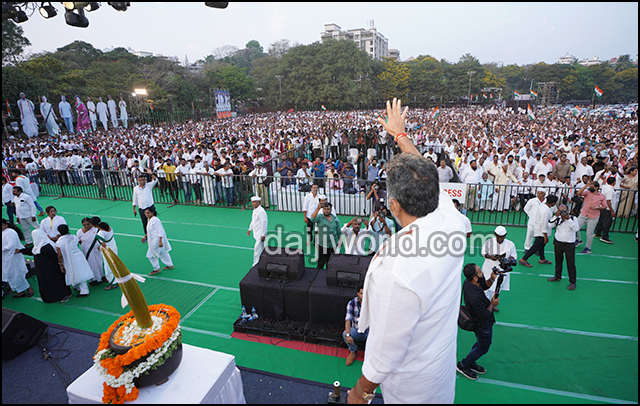 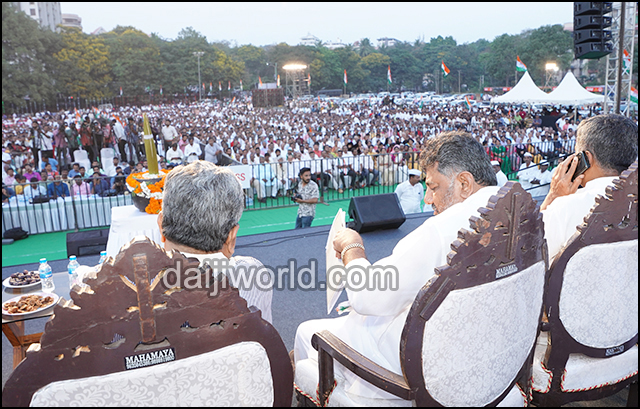 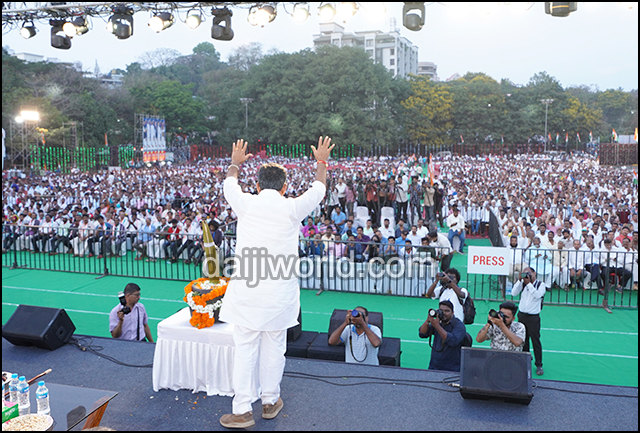 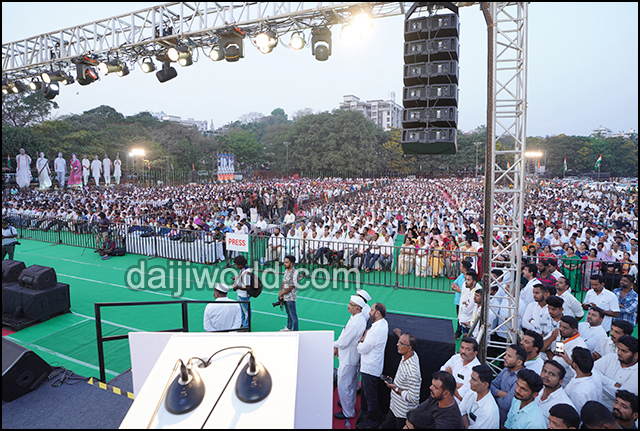 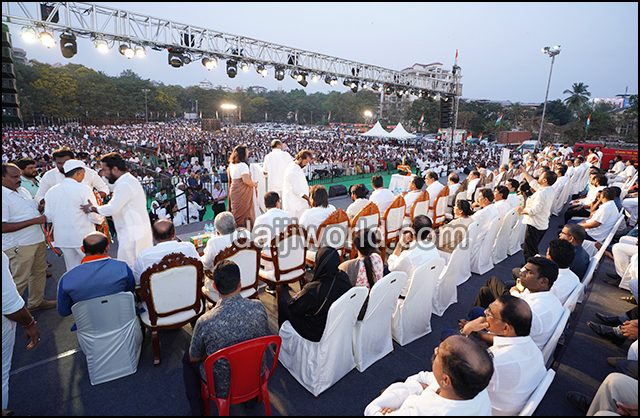 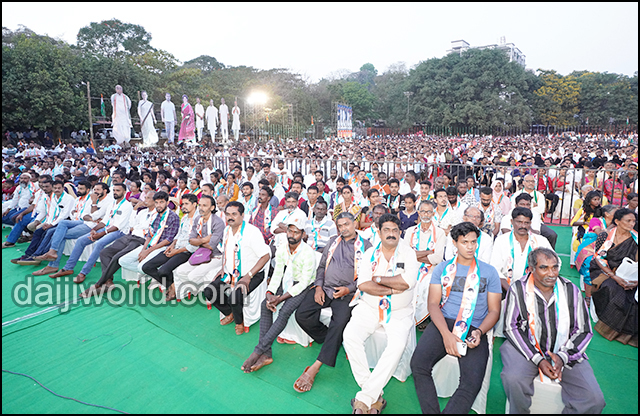 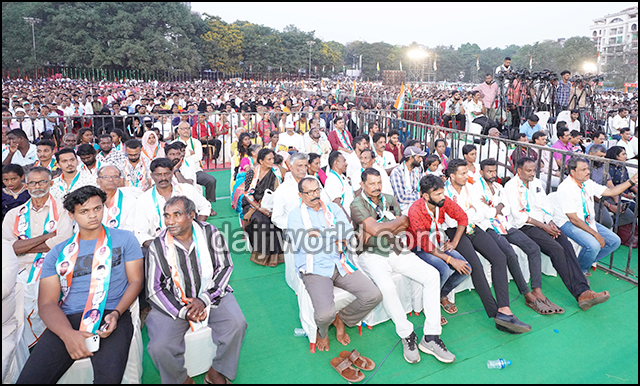 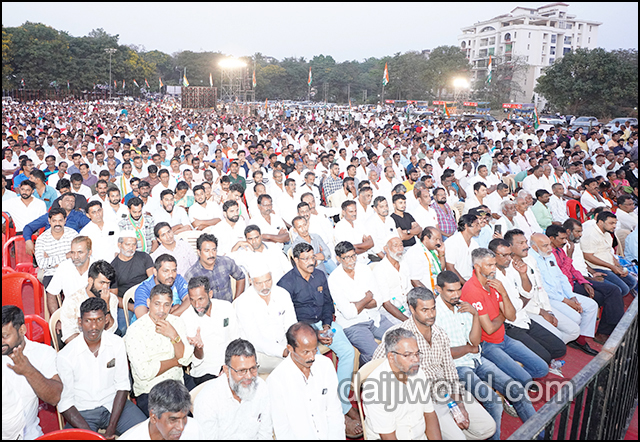 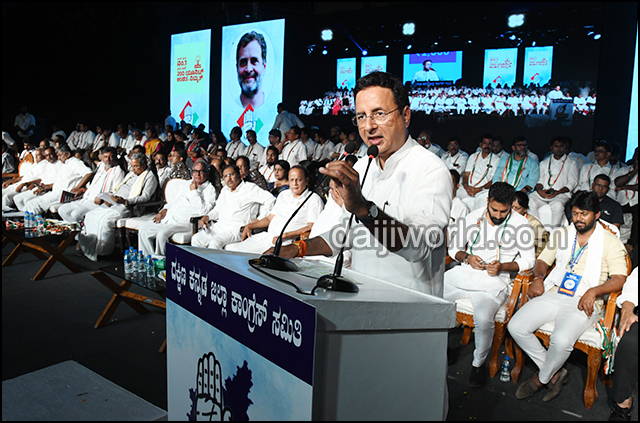 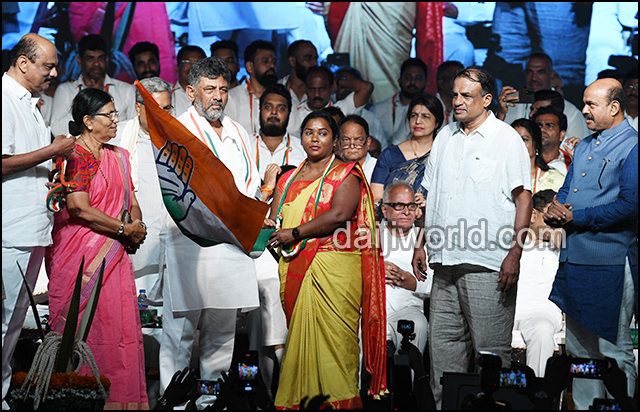 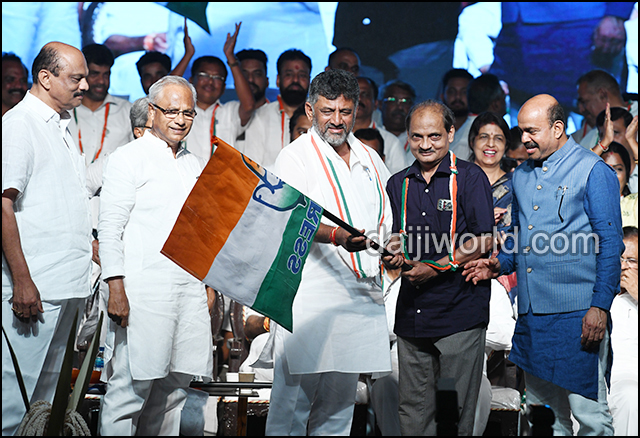 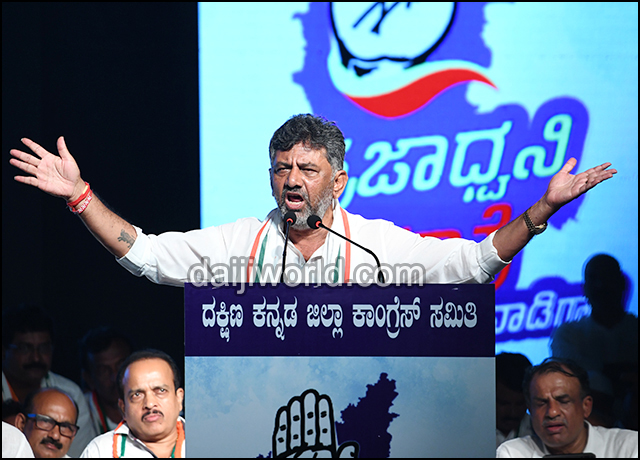 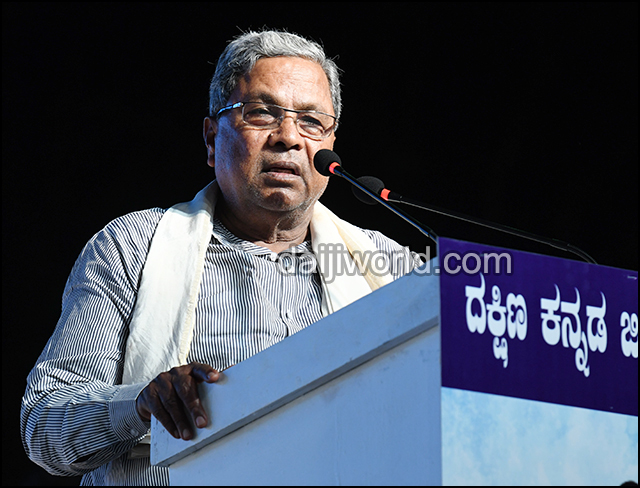 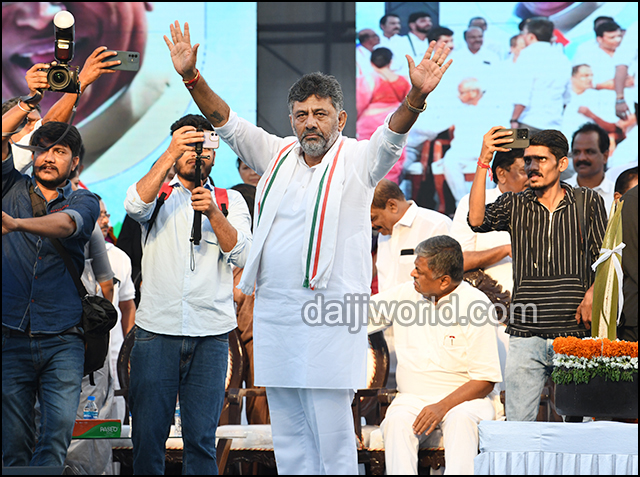 He said, “BJP hypnotises people with lies and it is a factory that manufactures lies. Chief Minister Basavaraj Bommai has no courage to speak. BJP is a divisive party that divides people based on religion and caste and it preaches hatred. RSS claims that I am an anti–Hindu and that Godse and Savarkar are the real Hindus while also mentioning that Nehru, Gandhi and Ambedkar were not Hindus. Narendra Modi is one of the biggest liars we ever had as a prime minister, as he spoke about achche din and also said Na Kaunga Na khane dunga. In Karnataka, members of the contractors association have exposed the corrupt government that takes 40% commission to take up works. BJP has turned this country into a laboratory of Hindutva. Nalin Kumar Kateel has said that lets not discuss about development but discuss about love jihad. The Paresh Mesta case was handed over to CBI during my tenure had given a ‘B’ report on the case, later BJP were silent including Ananth Kumar Hegde who is unfit to be even a grama panchayat member."

KPCC president D K Shivakumar said, “we have released the BJP government’s ‘Papada Purana’ which should be shown to people living in all nooks and corners and also reach every doorstep. The promises made by BJP ahead of elections were not fulfilled.  Our main priority is to bring changes among people with our governance and we are confident that we will gain majority by winning 135-140 seats. People have already been cheated for more than four years by the state and the Centre which will not happen when Congress comes back to power.”

AICC general secretary Randeep Sujrewala said, “BJP has turned the coastal belt into a factory of corruption, communalism and commission. It’s now time to answer them. We speak about price rise, but BJP speaks about Hindus and Muslims. We try to connect people but they disconnect people. It’s inevitable that our state needs a Congress government.”

Manifesto committee president Dr G Parameshwara said, “When I look at the crowd, I feel Congress will come back to power in 2023. Congress will bring changes in the state as we are also bringing out a separate poll manifesto for the coastal region.

B K Hariprasad took a jibe at MP Nalin Kumar Kateel and said, “Nalin Kumar is under the clutches of Kalladka Bhat and is a clown. MLA Khader said,” BJP has turned anti-people in the last four years of its governance. Time has come to remove BJP from power.”

Taking a jibe at the double engine government, he said, “double engine fuel is communal fuel where smoke is poisonous and engine is made out of people’s tears and blood."

Former MLA J R Lobo said, “it’s inevitable that Congress should come back to power. BJP takes credit for the projects which were introduced during the Congress tenure.”

Youth Congress leader Mithun Rai said, “we are ready for elections and we need to make this a BJP-free district.

Congress leader BK Hariprasad listed out the 10-point charter for the coastal region.

"Development of coastal region will be our first priority. To create employment, investment, tourism and harmonius growth. To achieve this, we wish to constitute a statutory body titled ‘Karavali Development Authority with an annual budget of Rs 2500 crore," said B K Hariprasad.

Insurance cover of Rs 10 lac for every fishermen

Subsidy up to Rs 25 lac (equivalent to 25% of cost) for buying well equipped fishing boats.

Increase in subsidy on diesel from Rs 10.71 per litre to Rs 25 per litre and increase quantity of 300 litres to 500 litres per day.

Formation of Shree Narayana Guru development board with an annual outlay of Rs 250 crore.

Restoration and increase in the budget for minority welfare including starting pre matric scholarship for minorities that has been stopped by the Modi government.

Allocation of Rs 50 crore to solve the problems of arecanut growers affected by yellow leaf and such other diseases and to improve marketing and research in this regard.

Rs 2000 to every bank account of woman head of family

Setting up of Shree Swami Vivekananda communal and social harmony committee in every grama panchayat with appropriate grants and plans.