Man who barged into women's restroom in Bengaluru college held

Bengaluru, Jan 23 (IANS): The man, who had barged into the women's restroom at a Bengaluru college and assaulted and threatened a girl earlier this month, was arrested on Monday, police said.

The accused was identified as Ajay Kumar, 42, a resident of Sunkenahalli near Hanumanthanagar locality in Bengaluru. Jayanagar police produced the accused before the court, and it sent him to judicial custody. 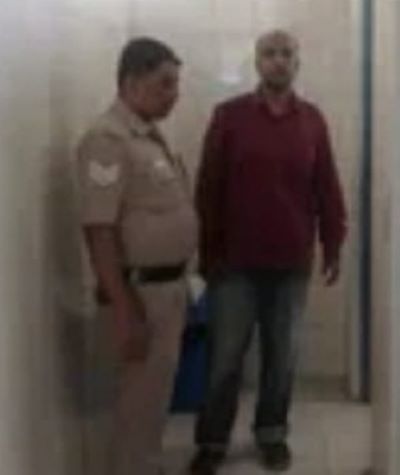 On January 10, the accused had barged inside the Vijaya College premises and went to the women's restroom. He had attacked a girl who came to use the washroom, covering her mouth with his hands, dragging her around, and biting her.

The accused had also threatened the girl with dire consequences if she revealed the incident to anyone. However, the student had complained to the college Principal and a police complaint was filed.

The police had collected CCTV footage of the college and tracked the accused down. The preliminary investigations have revealed that Kumar, a former student of the college, is mentally sick.

He had also worked as a software professional in Dubai. After coming back from Dubai, he had tried his luck in the Kannada film industry.

Police said that Kumar had developed a habit of going to the washroom after having food and straight away barged into them, police said. Further investigation is on.