100 activists in Goa resolve to fight against Mhadei water diversion

Panaji, Jan 25 (IANS): About a hundred activists from across Goa on Tuesday held a meeting over the issue of coal transportation and Mhadei river water diversion, and resolved to mobilise people to oppose these.

Talking to IANS, noted environmentalist Abhijit Prabhudesai said that this is not a Karnataka vs Goa fight, but between the coal corporation and ordinary people.

"Mhadei water is being diverted for steel and power plants in Karnataka, which are proposed by the coal corporation. We have all evidence that this water is only for them and not for the farmers or drinking purpose. Both the plants are huge consumers of water," Prabhudesai said. 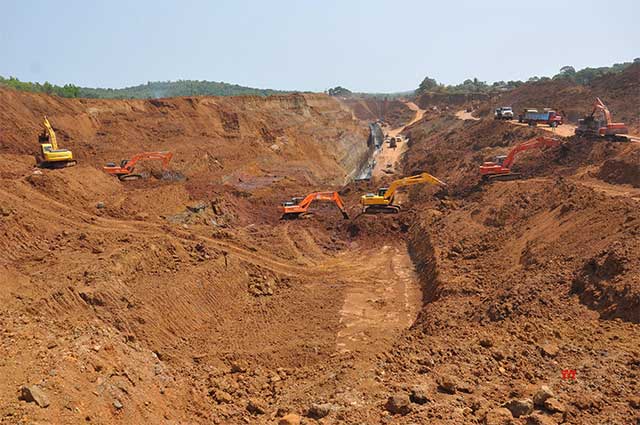 Sources said that all the members took part in the discussion and suggested various plans to intensify this movement.

"We have decided to give a call to all the panchayats on January 26 to oppose coal transportation and diversion of water," he said.

Prabhudesai said that on January 26, there will be a meeting in South Goa over the Mhadei water diversion issue where many more will join the cause.

"Presently, we have not decided any name to fight this battle. But we all are together and fighting to protect Goa and its environment," he said.

Prabhudesai said that they will spread awareness about coal corporation's intension and why water is being diverted.

Many people from South Goa villages, from where the double-tracking is proposed, are agitating against coal transportation. The Mhadei water diversion issue has also forced people to hit the streets in protest.

Goa and Karnataka are currently battling out a dispute over the Kalasa-Bhanduri dam project across the Mhadei river at a central tribunal.

Mhadei originates in Karnataka and meets the Arabian Sea in Panaji.

While the river traverses 28.8 km in Karnataka, it is 81.2 km in length in Goa. Karnataka plans to construct dams on the river, aimed at diverting the water into its water-starved Malaprabha basin in North Karnataka.