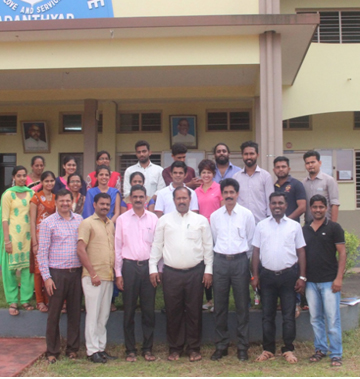 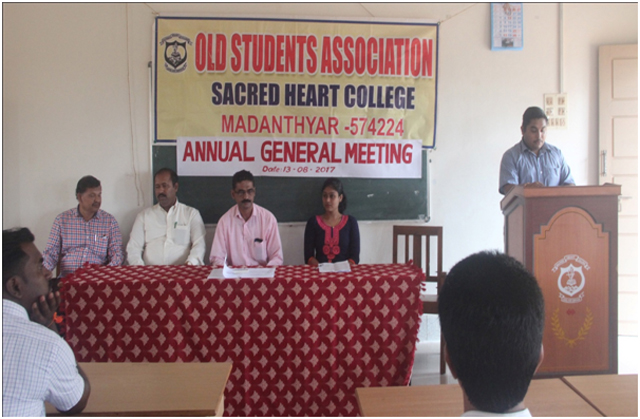 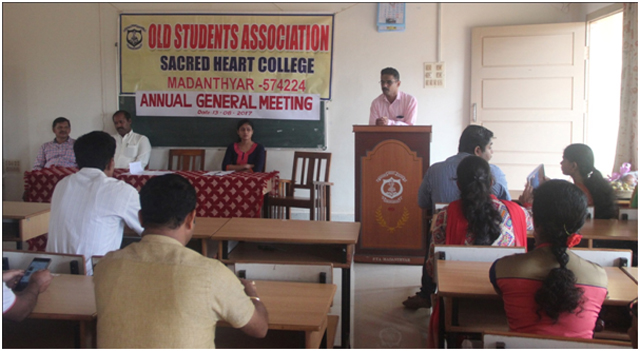 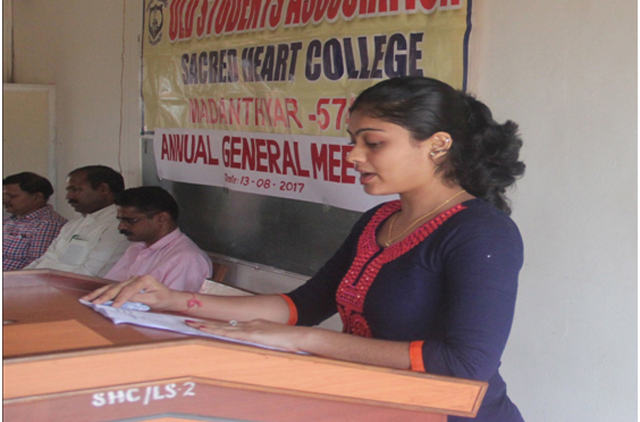 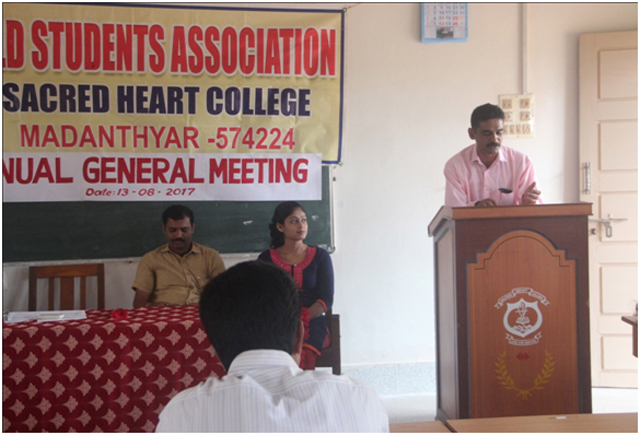 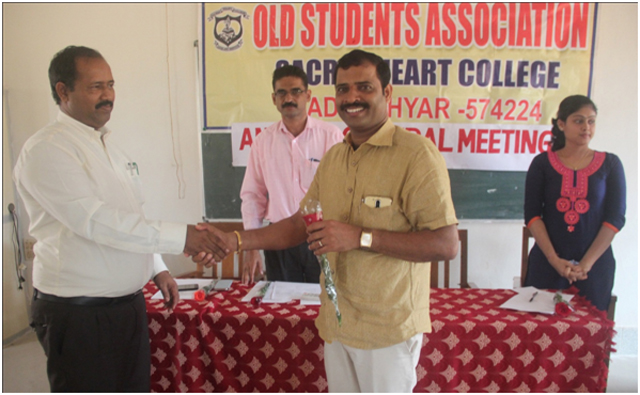 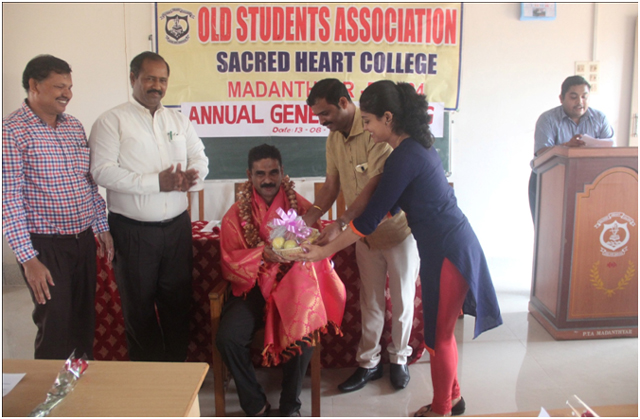 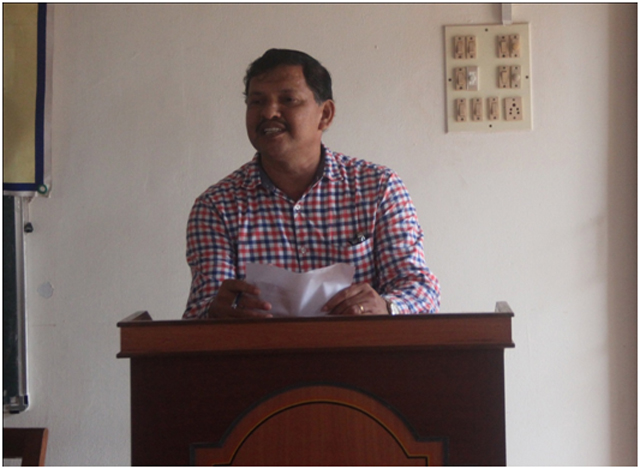 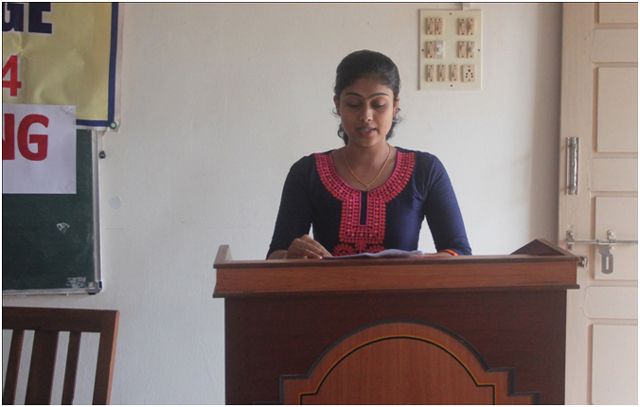 Rajshekar Shetty and Preethi D’Souza were elected as the president and secretary. Francis V V and Rajesh Krishnappa were elected as vice presidents. Rozita Sera was elected the joint secretary and Avin Akash Franko as treasurer. Other executive committee members were also elected.

Former president Maxim Albuquerque was felicitated for dedicated service during his tenure. He appreciated all the members who worked hard towards making sammilan-2016 a success. He expressed gratitude to all for extending their support and cooperation during his tenure.

The college  principal congratulated the newly elected office bearers and members of the association, and solicited their full cooperation for the growth of the institution. He also appreciated the services of outgoing office bearers. The newly appointed president requested the support and cooperation of every member.