Israr represented India at the championship that was held in South Africa this September.

Eighteen-year-old Israr, a student of I BBM of St Aloysius College (autonomous), here and resident of Kulshekar, secured gold in classic benchpress and equipped powerlifting, and won silver at the classic powerlifting sport at the Commonwealth Powerlifting Championship. 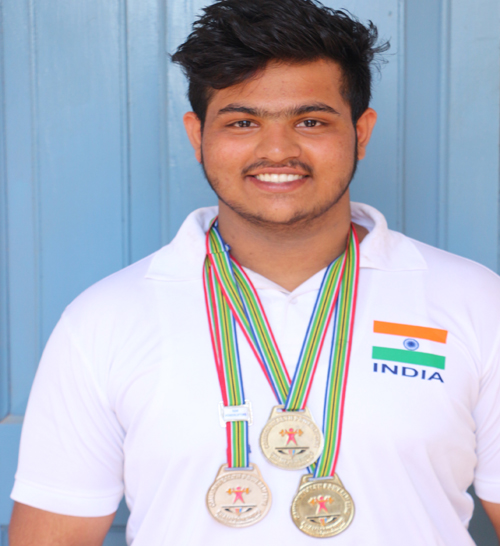 The international champion reached great heights in just a short span of three years. He has won various medals at district, state and national level championships since 2014. The defining moment prior to the Commonwealth Games was his win at the 2016 South Indian National Sub-Junior competition at Nagpur, where he clinched gold amidst tough competition.

Israr is a testimony to success through hard work, passion, and practice.

“My parents are 'super-parents'. They have been extremely motivating throughout. I have started training my brother in this field as well,” he said.

He extols his mother Khathija who was his primary motivator right from creating the perfect environment at home to taking care of his every need. His father Abdulla, his brother, his friends, coaches Satish Kumar and Pracheth K have been equally encouraging. Friends and wellwishers at the Veeranjaneya Gym and the Balanjaneya Gym at Bikarnakatte, Mangaluru were ecstatic about his win.

“I had to put in four hours of practice every single day. My coaches motivated me to the maximum,” he said.

His time in South Africa was exciting, after weeks of coaching and camps conducted by the Indian Government.

The most enriching part about the whole experience is the respect that he gets in society now. “From being the 'Best Sportsman of the Year' at Aloysius PU College three years ago, I have come to this level. The respect I get from society is the most fulfilling part,” he says.

Israr believes that women too have a great scope in the sport. He asserts that women can lift better than men, and that all they need is a good coach. He dreams to work with the airport management, and one day, open a gym.

Asked to describe his journey in a single word, Pasha answers “Awesome.”