Who is SRK's manager Pooja Dadlani?

Mumbai, Oct 10 (IANS): Shah Rukh Khan's son Aryan Khan was detained by the Narcotics Control Bureau (NCB) during a raid conducted on a cruise ship on October 3. Following which the Bollywood superstar's manager Pooja Dadlani has been reportedly acting as an intermediary between Aryan and the Khan family.

Shah Rukh and his wife Gauri have not made many public appearances. Pooja, who has been the superstar's manager since 2012 has been spotted several time and reportedly was present inside the court during the bail hearing of Aryan on October 8. 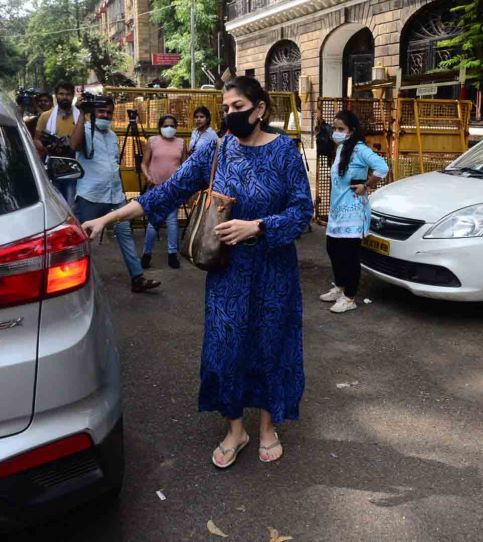 According to media reports she even got emotional when the bail was turned down by the court.

Pooja, who has been a manager of the superstar for nine years, is often spotted attending intimate gatherings, festival celebrations and parties hosted in the actor's home Mannat in Mumbai.

She was also spotted by SRK's side when he visited Saira Banu after Dilip Kumar passed away.

According to media reports, Pooja also handles Shah Rukh's brand endorsements, his cricket team Kolkata Knight Riders and other business-related engagements. She has a net worth of approximately Rs 45 crore, claims one report.

Aryan, along with Arbaaz Merchant and Munmun Dhamecha, was detained and eventually arrested by the Narcotics Control Bureau (NCB) for allegedly organising a rave party on a luxury cruise ship.

Aryan has been sent to Arthur Road Central Jail.

Aryan's lawyer, Satish Maneshinde, can only file a bail plea on Monday in the sessions court. Until then, the accused will have to stay in jail.

In the high-drama rave party raid on October 2, the NCB had stated that it recovered drugs like 13 grams cocaine, 21 gms charas, 5 gms MD, and 22 MDMA pills in the operation from the accused, most of whom are linked to the glamour and entertainment industry.