Houthis claim responsibility for missile attack on Saudi base

"We fired five ballistic missiles at the headquarters, weapons depot and warplane hangars in Alwajib camp in Jizan city," Houthi military spokesman Yehya Sarea was quoted by the militia's al-Masirah TV as saying on Thursday night.

"The attack killed and wounded more than 35 Saudi soldiers and pilots," Sarea claimed, adding "the attack was in response to the Saudi-led coalition airstrikes on the group in Yemen". 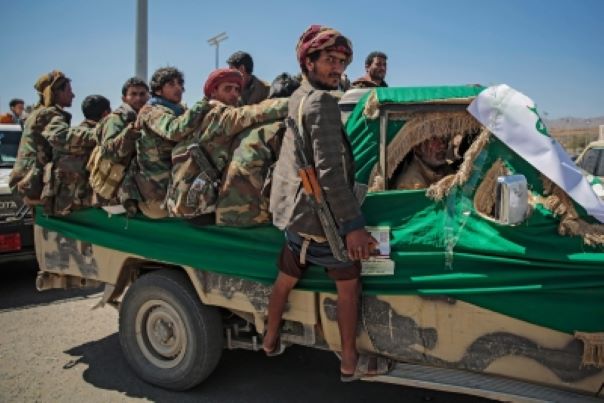 Earlier in the day, the Saudi-led coalition launched a series of airstrikes targeting Houthi militia's positions in the capital Sanaa and the adjacent Marib Province.

Cross-border missile and drone attacks by the Iran-backed Houthis have escalated since February when the group began a major offensive against the Saudi-backed Yemeni government army to capture the oil-rich province of Marib.

Yemen has been mired in a civil war since late 2014 when the Houthi militia seized control of several northern provinces and forced the internationally recognized government of President Abd-Rabbu Mansour Hadi out of Sanaa.

The Saudi-led Arab coalition intervened in the Yemeni conflict in March 2015 to support Hadi's government.

Title: Houthis claim responsibility for missile attack on Saudi base