Sullia, Oct 23: "I had been carrying on relentless fight to see that my husband, Ibrahim Khaleel Kattekar, accepted me as his wife and allowed me to become a member of his family, for the last two years. There has not been any positive result or favourable vibes. Therefore, I have decided to withdraw from the agitation and live on my own as per my wishes," said Asiya Ibrahim Khaleel Kattekar.

Asiya and her husband have mutually decided to get divorced. During the long struggle, Asiya said she realised that her husband was not prepared to accept her as his wife, even after she stayed with his family in Sullia for 43 days. "My family in Kannur have offered to take me back if I forsake Islam and return to my original religion but I will not go back to my family or earlier religion, but stay in Sullia and continue with social service activities," she explained. 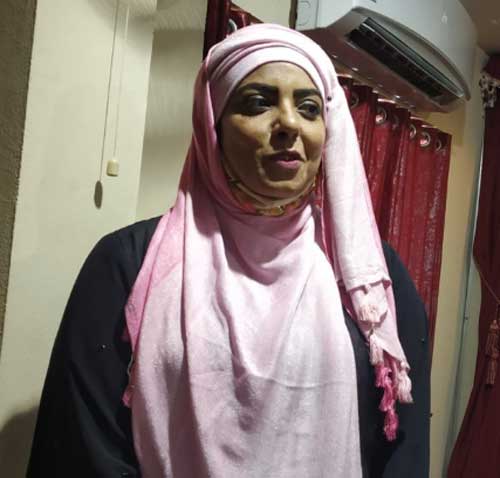 She was addressing a press meet organized at Patrika Bhavan here on Friday October 22. She gratefully took note of the fact that leaders of various organizations and institutions, priests, and Swamijis had sympathised with her and stood in her support.

"I have decided to go back from all kinds of fights I launched against my husband's family which had refused to accept me. I have decided to lead the remaining life happily. Henceforth, Ibrahim Khaleel Kattekar or his family will not have any connection with him. They have assured that they will not post any statements either in favour or against me in social websites or media in future," she claimed.

Asiya stated that she had voluntarily decided to withdraw cases lodged in police station and court, and requested political parties, representatives of religions and caste-based organizations not to issue any statements in her favour or against. She said that she had married as per the Shariat law and that she has decided to continue to work to help women like her who have suffered in life like her. She urged the ladies to properly verify all things, and think deeply before marrying, instead of falling to the oral promises.

The press conference was attended by Sullia town panchayat member Ummer, apart from Ibrahim Kattar, Abdul Latif and others.

It may be recalled, Ibrahim Khaleel belonging to the prestigious Kattekar family from Sullia got to know a Hindu girl, Shanthi Joobi from Kannur and married her. The lady changed her name as Asiya. A few years after marriage, the two had separated due to differences and Ibrahim Khaleel was not prepared to allow her to join him back thereafter. Asiya continued her fight for her right by holding press conferences and showing documents of marriage. She had held a protest demonstration in front of a footwear shop belonging to Kattekar family at Kattekar, Sullia, the whole night, which got widely publicised. Kattekar family refused to budge even though various organizations rallied behind Asiya and offered to hold mediatory talks.