Uploading a photograph of Lalu Prasad and himself on Twitter, he, in a Hindi post, said: "Inform jackals ('gidarh') to avoid going outside their houses as lion has arrived in Bihar."

He claimed that the ruling party has tried every possible method to shut the voice of the people of Bihar, but "truth can be victimised but cannot be defeated". 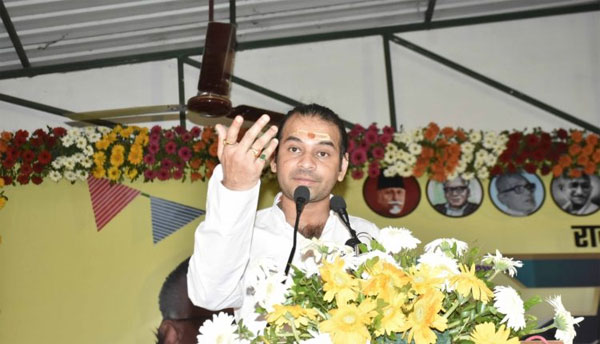 Lalu Prasad was looked in campaign mode. He was wearing green cap on the head and green towel on the shoulder apart from facial mask. As large number of party supporters also assembled at the airport, he did not react with media persons.

Escorted by Tejashwi and Tej Pratap and other senior leaders to a waiting SUV, he headed towards the residence of wife and former Chief Minister Rabri Devi.