Belagavi, Nov 21: Former chief minister B S Yediyurpapa has requested the JD(S) leaders H D Deve Gowda and H D Kumaraswamy to extend support to the BJP candidates in the legislative council elections being held from local bodies constituency, in places where the JD(S) has not fielded its candidates.

He was speaking to media persons during his visit to Chikkodi on Sunday May 21 to particiate in the Jan Swaraj convention held by the BJP here. 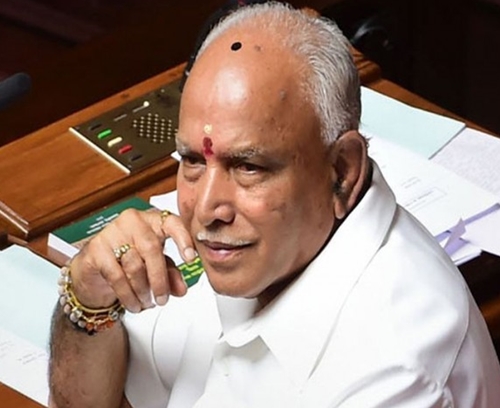 He ridiculed the Congress for being in an awkward position in which they have not yet been able to announce their candidates for the said election.

Yediyurappa revealed that his party is fielding its candidates only in 20 out of 25 constituencies which go to polls. He exuded confidence of winning 15 seats. "The party leaders in four teams have been undertaking campaigning for our candidates. In the coming days, state and central level leaders will canvass for votes for the party candidates," he explained.

He also said that the government is ready to implement creative suggestions which the opposition parties give, instead of indulging in criticisms and passing comments.

Yediyurappa said that in tune with the promise he had made to carve out a separate Chikkodi district, he will work honestly by holding discussions with the chief minister, Basavarj Bommai.