Kalaburagi, Nov 21: Reacting to BJP Karnataka state president, Nalin Kumar Kateel, who had said that 'Khage's loot shop has been closed down," leader of the opposition in the Rajya Sabha, Mallikarjun Kharge, said that he will give a fitting reply if Kateel's master sitting at Delhi (referring to Prime Minister Narendra Modi) poses this question.

Kharge spoke to media persons at his residence at Aiwan E Shahi extension here. He said that Kateel's statement reflects the culture of his party. "He has only learnt to lampoon others whenever questions are posed to him. Our state level leaders will provide him with a fitting reply," Kharge said. 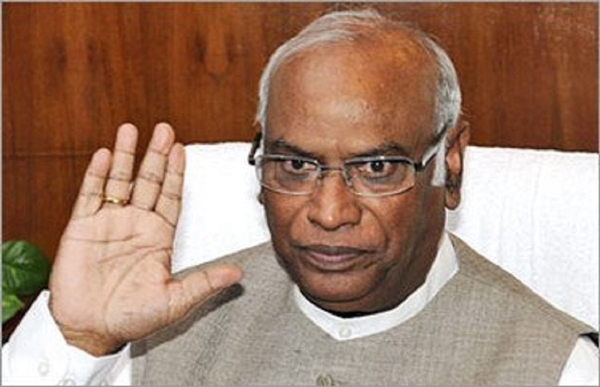 "Modi has not withdrawn the farm laws under pressure from the farmers. Do you think he suddenly was swept by a wave of sympathy for the farmers? Where was his concern when 700 farmers died fighting for the repeal of the acts? He is retracting because elections are fast approaching. The entire show has become a one-man show. If the issue was discussed in the parliament before the acts were passed, we too would have come up with suggestions. Now the announcement about the withdrawal has been made because of the election. Modi does not have any regard for parliamentary democracy," he criticized.

He recalled that Congress leader, Rahul Gandhi, had predicted 11 months back that the acts will have to be withdrawn under the pressure mounted by the farmers. He also revealed that national president of the party, Sonia Gandhi, has called for a meeting on November 25 to discuss passing minimum support price act for the farmers, discussion on Pegasus scam, construction of a village by China within the Indian terirotry etc during the winter session of the parliament.

Kharge pointed out that no construction activity can take place in the disputed land and near the the line of actual control between India and China. He said that everyone is speaking about the issue after the news that China has built a village in Indian territory broke out but Modi with his 56 inches chest, has fallen silent. "He is wasting time delivering speeches. He is not doing anything to stop the Chinese," he added.

Kharge pointed out that party general secretary and Uttar Pradesh in-charge, Priyanka Gandhi, has already announced that the Congress will go it alone in the coming assembly election there. However he said that a few seats here and there could possibly be set aside for candidates from other parties.