Voting was held in ten centres across Dakshina Kannada district between 8 am and 4 pm on Sunday in which 44.8 percent members voted. 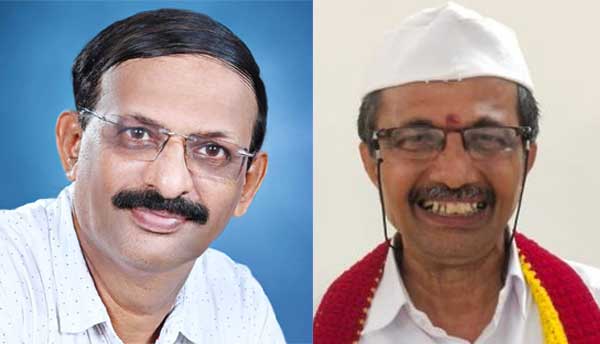 Dr Srinath happens to be the assistant professor for Kannada in Sri Dharmasthala Manjunatheshwara College Ujire. He has served for 26 years in that capacity.

In the meantime, Neelavara Surendra Adiga was elected as the Udupi district president of Kannada Sajitha Parishad for the third time. He got 432 votes as compared to 400 mustered by his nearest rival, Subrahmanya Basri.