Ajman, Nov 23: Poised to become the next change agents that our healthcare system needs, 472 students from 6 collegesof Gulf Medical University (GMU) were conferred with degrees at the 18th convocation ceremony. With this Gulf Medical University owned by Thumbay Group, a leading medical university in the region, so farhas 2591 student graduates since their inception in 1998. The convocation ceremony was held virtually and in person on Monday, November 22. Graduates were presented degrees by Dr Thumbay Moideen, founder, president board of trustees in presence of Prof Hossam Hamdy, chancellor of GMU, vice chancellors and deans of colleges. 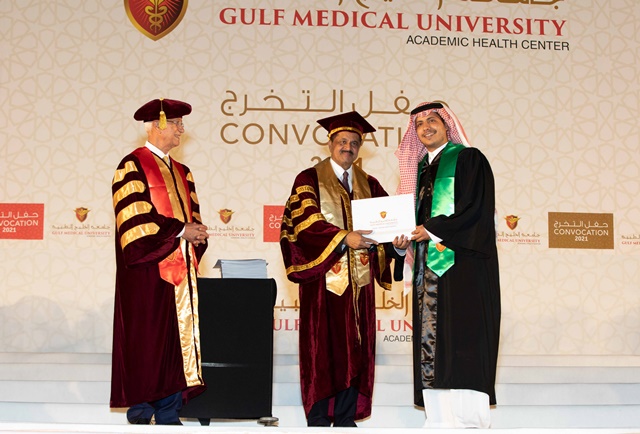 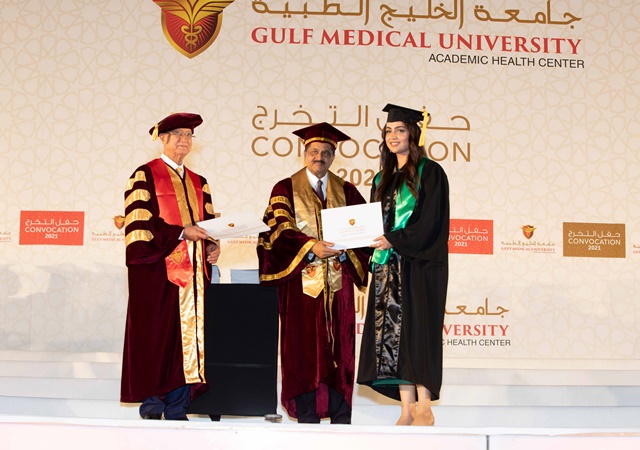 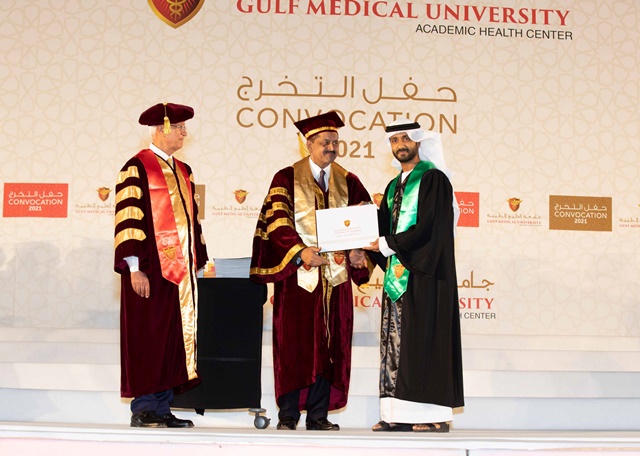 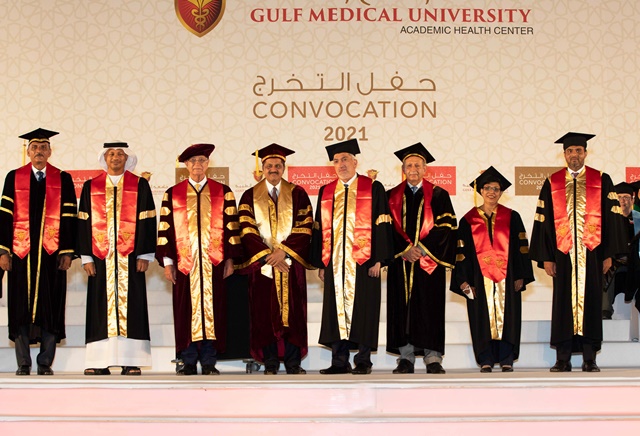 Dr Thumbay Moideen thanked Sheikh Humaid Bin Rashid Al Nuaimi, Ruler of Ajman, for the government’s continuous support to the institution. He acknowledged the contributions of the academic team headed by the Chancellor, the faculty, administrative staff and other staff of GMU. Congratulating the graduates, he assured them of GMU’s support always.

The chancellor of GMU, Prof Hossam Hamdy, beaming with pride said, “I would like to congratulate our graduates for your hard work and tenacity and extend my gratitude to your families. Throughout your careers always abide by the values inculcated by GMU and be led by empathy, altruism, conscience, truthfulness, teamwork and fear of God.The university and its hospitals will give priority to its graduates in training and recruitment and will continue to support you and take care of you even after graduation.

Further stating the accomplishments of GMU, Dr Hossam Hamdy presented with some facts and credentials. The number of undergraduate and postgraduate programs has increased from 15 to 27. In addition to the doctorate program, PhD in ‘Precision Medicine’ will be awarded in 2021 by the Gulf Medical University and the Paris Saclay, the largest French university. The number of students at the university during the next three years is expected to reach to nearly 3000 students.

GMU received accreditation from Quality Assurance Agency (QAA), UK. In the field of scientific research, the university has established internationally recognized research laboratories that cooperate with a large number of international research centers and work with their counterparts in the UAE, especially in the field of immunology research for the treatment of cancer and infectious diseases. Thumbay University Hospital, with a capacity of 350 beds, has become the largest university hospital in the Emirate of Ajman. Thumbay University Dental Hospital and Thumbay University Hospital for Physical Therapy and Rehabilitation are also among the largest hospitals in the country in these specialties.