Mangaluru, Nov 26: Four persons who have been accused of committing the macabre act of raping an eight-year-old girl in turns inside the premises of Raj Tiles Factory at Parari near Ulaibettu in the outskirts of the city and strangiulating her to death and then dumpling her body in a drain were arrested by the city police on November 24. The four have been sent to four-day police custody.

The arrested men are Jaiban alias Jai Singh (21), Mukesh Singh (20) and Muneem Singh (20) from Panna district, Madhya Pradesh, and Manish Tirky (33), who is from Ranchi district in Jharkhand. They had enticed the girl who was found playing outside into coming inside their room and then raping her one after the other. As the girl let out wails out of fear and pain, the accused had strangled her and thrown her body into a drain. 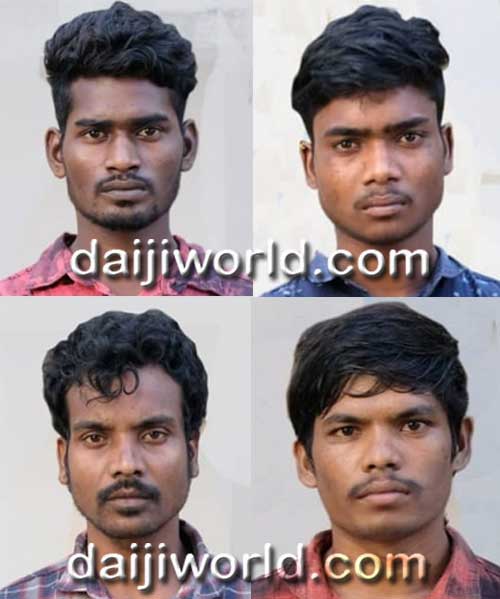 A police team of the rural police station here led by city south division assistant police commissioner, Ranjith, had taken into custody about 20 people from inside the factory premises and questioned them. During this session, four were found to have been involved with the crime and they were arrested, said city police commissioner N Shashi Kumar.

This gory incident had happened on the afternoon of November 21. As the girl was not to be seen, people had started a search operation. Her body was found from a drain nearby in the evening. Out of the four accused, Mukesh Singh and Muneem Sigh had left for Puttur while the other two, Jainban and Manish Tirky had stayed back inside the factory premises and joined the others in the evening and acted as if they too were searching for the missing girl.