Will double down on India growth in next 6 months: WhatsApp Pay

New Delhi, Nov 30 (IANS): WhatsApp India on Tuesday said that over the next six months, it will make significant investments regarding digital payments on its platform across the country, to accelerate its growth in a market where adoption of unified payments interface (UPI)-based payments has exploded.

According to Manesh Mahatme, Director-Payments, WhatsApp India, as the adoption of 'payments on WhatsApp' increases with users across the country, the company looks forward to working with the National Payments Corporation of India (NPCI) to further expand it to all users.

"We thank the NPCI for the increase in our cap to 40 million (from an initial cap of 20 million). Since our initial approval from NPCI, we have been working to deliver a simple, reliable, and secure experience for WhatsApp users that we hope will accelerate adoption of UPI for the "next five hundred million" Indians," Mahatme said in a statement. 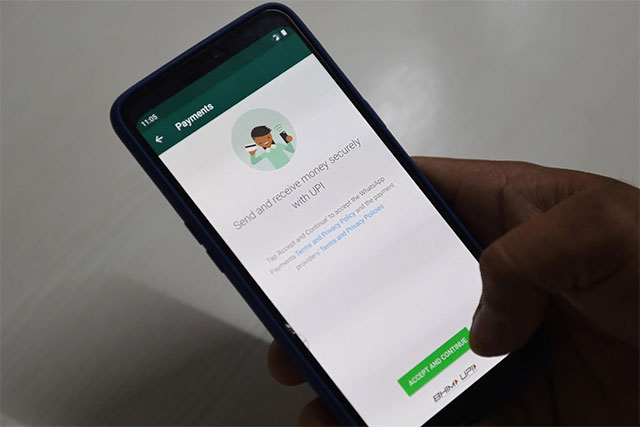 Last week, the NPCI approved increasing the user cap for WhatsApp's payment service from the current 20 million to 40 million users.

According to Mahatme, the Meta-owned company has introduced several India-specific features in payments on WhatsApp over the last few weeks and have seen exciting results.

"Over the next six months, we have planned significant investments in payments on WhatsApp across India -- including many more "India-first" features -- that we are sure will accelerate our growth," he informed.

There is an opportunity, he said, for UPI to have an even greater impact for the country -- especially in rural regions where digital and financial inclusion can significantly improve peoples' lives.

"We believe that WhatsApp Pay can be a key partner to the NPCI and RBI as we all aim to scale adoption of UPI and financial inclusion to those most in need," the top company executive noted.

India saw a whopping Rs 7.7 lakh crore (over $100 billion by value) digital transactions via UPI in October for the first time, according to latest data released by the NPCI.

Currently, PhonePe is the leader in the digital payments space in the country. PhonePe registered digital transactions worth Rs 3.06 lakh crore.

PhonePe currently has over 325 million registered users. The platform is also accepted at over 22 million merchant outlets across India.

Title: Will double down on India growth in next 6 months: WhatsApp Pay