The Houthi-controlled Saba news agency said that the airstrikes hit the al-Daylami base, which is adjacent to Sanaa International Airport, and the armored first division camp, which is surrounded by residential neighbourhoods. Both camps are located in the northern part of Sanaa. 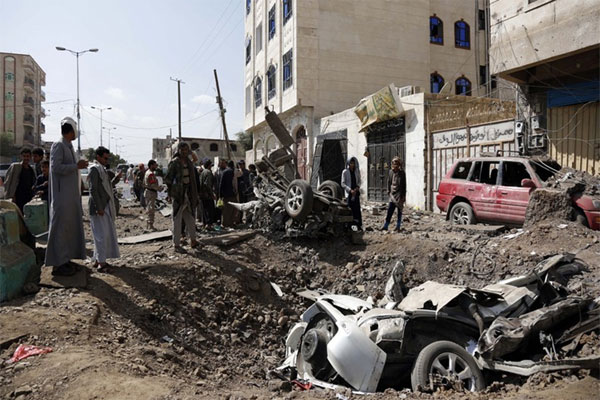 Meanwhile, the Saudi-owned Al-Arabiya TV cited a statement from the coalition as saying that the airstrikes targeted depots and workshops for storing and assembling ballistic missiles in both camps in Sanaa.

The Iran-backed Houthi militia has recently intensified cross-border missile and drone attacks against Saudi cities. In February, the Yemeni rebel group began a major offensive against the Saudi-backed Yemeni government army to capture the oil-rich province of Marib in central Yemen.