Kukndapur, Jan 12: A private bus carrying pilgrims from Sigandhur to Kollur tumbled when negotiating a road curve at Dali near Kollur after the driver lost control of the vehicle on the evening of Tuesday January 11. In this incident, several pilgrims were injured including six whose nature of injuries was serious.

As many as 22 pilgrims were injured in the accident. All of them were taken to Kundapur government hospital. On that occasion, a team led by Dr Robert Rebello summoned the doctors and staff who had left after duty hours, and saw that the injured people were attended to immediately. Out of the 22 injured, the condition of Sankrappa (50), Roopa (35), Shyamalamma (42), Ratnamma (52), Venkataramana (45) and Chandrakala (43) were stated to be serious. 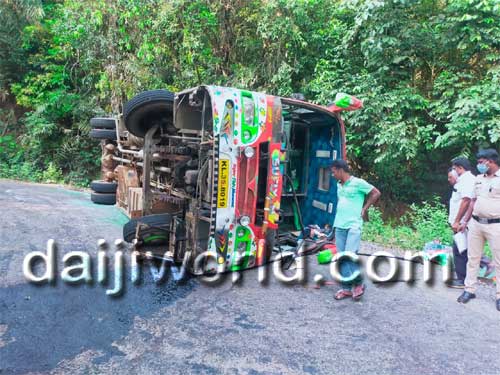 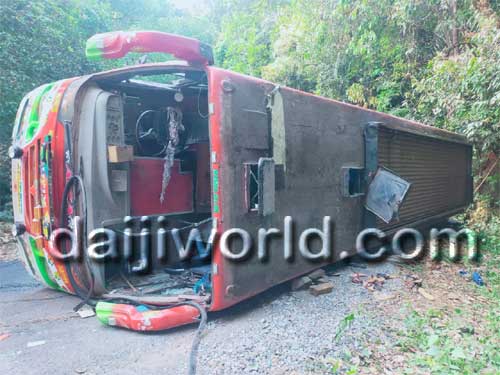 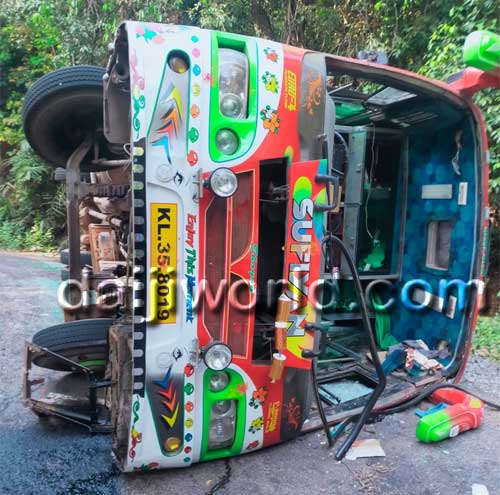 Two women had severed hands while two others suffered serious head injuries. One more had his ribs fractured.

The pilgrims, it is learnt, were of Mulbagal origin in Kolar district. The Kollur police, working with the locals, succeeded in lifting the bus with the help of a backhoe. A case in this connection was registered in Kollur police station.