Mangaluru, Jan 12: Whenever the district receives heavy rainfalls, people living near the seashore feel endangered. The rain has cast its fury on the city with several floods and people have suffered. Many houses, vehicles and valuables have been washed away by the floods. People have survived submersion in the rainwater that gushed into their houses. Many families were rendered homeless. Frustrated by these experiences, a local found a solution. He elevated his house by about 3 feet.

He has done this by using jacks. Areas like Kottara Chowki, Melamar and Maladi in the city are some places vulnerable to floods and this idea could be viable. People residing in these areas have often been helpless witnesses to their houses collapsing, and slush, snakes, worms, and other animals gushing inside their houses. 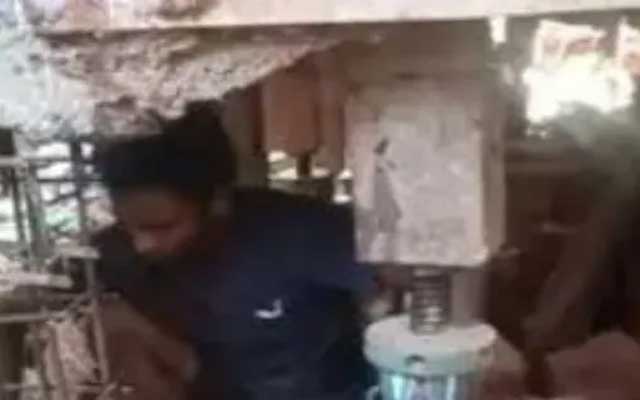 A local resident named Suresh came up with the idea of raising the level of his house measuring about a1000 sq ft, by 3 feet making use of 200 jacks. He says that as a result, his house is safe against flood water. Suresh said that an Uttar Pradesh-based company has been executing the work of elevating his house and the work is in finishing stages. The house has been raised by 3 feet with the help of elevators. The work had started on December 9, 2021 and the contractor has made sure that the walls, roof, furniture, electronic items and other household items etc are not damaged on account of ongoing works, he said.

Suresh, a retired bank officer, says that 12 people have worked on this project everyday and they have charged Rs 250 per square foot. He says that the house was built about two decades ago and the family suffered a lot during the rainy seasons, duly pointing out that water from underground drainage too used to get into his house in the past. He is unhappy about the haphazard way in which the underground drainages are provided and also about the poor quality of flyovers.

If Suresh's plan succeeds this rainy season, many may opt for this solution.