Bengaluru, Jan 13 (IANS): After criticism by the Karnataka High Court and crackdown by the BJP government for conducting 'Mekedatu padayatra' amid Covid crisis, the state Congress unit has announced temporary withdrawal of the 10-day padayatra.

Announcing the decision in the press conference, Opposition leader Siddaramaiah said, "after the relaxation of Covid guidelines, padayatra would be taken up again from Ramanagar, where it is being stopped for now," he said. State President D.K. Shivakumar announced that it is a sacrifice the Congress party is making in the interest of public health. 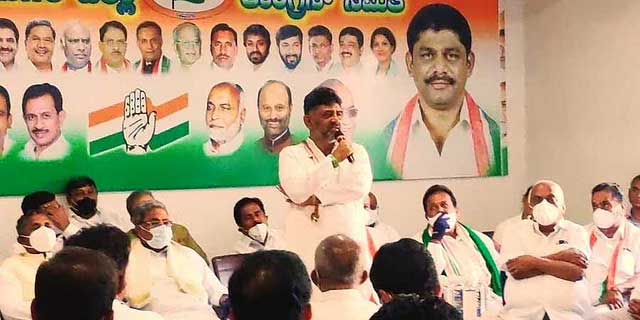 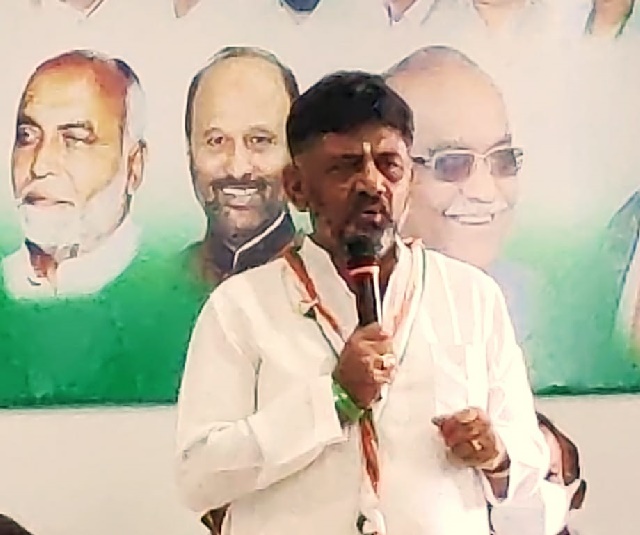 Siddaramaiah explained that this is the fifth day of padayatra and they were supposed to begin from Ramanagar to Bidadi. After reaching Kengeri the rally would have reached Bengaluru city. "Since more than 15,000 infections are reported in Bengaluru, we are a responsible political party and at this juncture we are taking decision in the interest of people," he stated.

"In the third Covid wave, cases have started spreading rapidly. Congress party is not the reason for this. After the third wave started, on Jan 6, new elected MLCs swearing-in-ceremony was conducted. As many as 4,000 to 5,000 people gathered. CM Bommai and many ministers participated in the function and no care was taken. BJP MLA Sudhash Guttedar conducted a rally, Honnali BJP MLA M.P. Renukacharya conducted a huge procession. Central ministers conducted meetings and participated in processions. They carried out the Jan Ashirwad Yatra. No permission was taken for all this," he explained.

"Even fair was allowed in the constituency of Home Minister Araga Jnanendra. Not a single case on them has been registered. But, FIRs have been lodged and submitted to court against us. Their (ruling BJP) intention is not good. Their whole aim is to stop padayatra at any cost," he explained.

"We want people's health, 15,000 cases in Bengaluru are not because of padayatra. All over the country and worldwide there is a spike in Covid cases. We are concerned about the health of people. Our padayatra should not be the reason for the spread of the pandemic," Siddaramaiah maintained.

"We discussed all this. We don't fear cases or diktats of the BJP government in the state. In view of people's health and not to bring in minds of people that we are the reason for the spread of Covid, the decision has been taken to stop padayatra," he stated.

The 10-day Padayatra started on Jan 9 from Mekedatu. It entered its fifth day on Thursday and thousands of people have participated in the padayatra and covered 60 km. The padayatra was supposed to reach Bidadi by evening and reach Kengeri on Friday. Congress leaders earlier defied all government orders and carried on with padayatra despite curfew orders.

Opposition leader in Rajyasabha Mallikarjun Kharge, former union minister Veerappa Moily, former minister Shivashankar Reddy and other senior leaders who participated in the padayatra have tested positive for Covid. Home Minister Araga Jnanendra has stated that thousands of people affected with Covid-19 are taking part in the padayatra and it is going to become a super spreader in the state.

Karnataka High Court taking up a PIL in this regard, rapped ruling BJP as well as opposition Congress on padayatra and issued notices to both to clarify on the matter on Jan 14 (Friday). Coming under immense pressure, the BJP government finally began a crackdown on padayatra.

The matter of the Mekedatu project is presently before the Supreme Court.