Mangaluru, Jan 17: Coastalwood star Roopesh Shetty has started his second Tulu directorial with ‘Circus’. The shooting for this movie which started 20 days ago has completed dialogues and adventure scenes. Only shooting of songs is pending.

Shooting was done in and around Mangaluru, Maravoor and surrounding areas. Through Facebook and Instagram, Roopesh thanked all those who were responsible for completing shooting so fast. 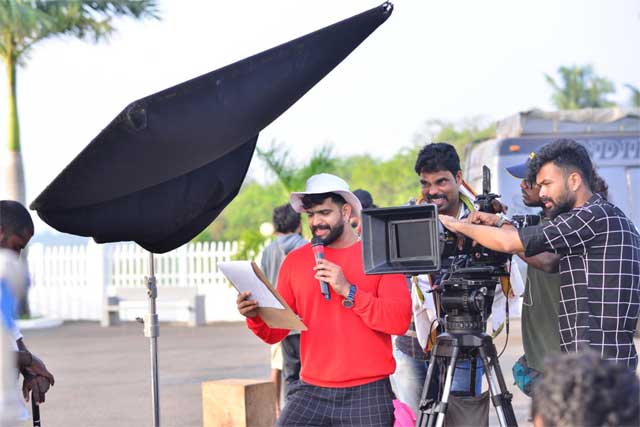 Actor Yash Shetty is making his debut as villain through this movie. Rachana Rai is making her debut also as female lead in the movie.

The cast of the movie includes Naveen D Padil, Aravind Bolar, Bhojaraj Vamanjoor and Prasanna Shetty Bailoor. Rakesh Kadri had codirected the movie along with Roopesh. Choreography is done by Naveen Shetty. Editing is done by Rahul Vashista.

Roopesh Shetty said that the movie will be released after the relaxation of Covid prohibitions.