Bengaluru, Jan 18 (IANS): Chief Minister Basavaraj Bommai has sought a comprehensive investigation report in the case related to the death of three children in the limits of the Salahalli Primary Health Centre in Ramdurg taluk of Belagavi district.

The Chief Minister sought the report from the Deputy Commissioner as it is being said that the children died after they were administered the Rubella injection usually given for Diarrhea. Bommai spoke to the Belagavi DC over the phone on Monday night.

The probe has so far revealed that the nurse had obtained the vaccination vials one day earlier from the pharmacist and had kept them in a hotel fridge along with food items violating all protocols. 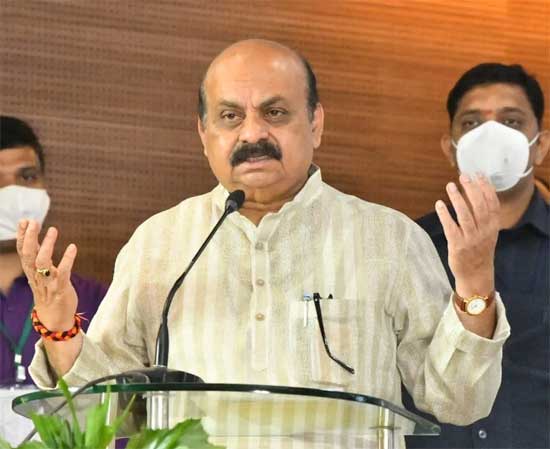 This led to the bacterial infection and after administration of these vaccinations, the three babies died due to 'septic shock syndrome'. Two deaths were reported after being vaccinated at the Bochagala camp on January 12. One death was reported from Mallapura camp on January 11. As many as 17 babies were vaccinated at Bochagala and four babies had received shots at Mallapura in Ramdurg taluk in Belagavi district. Two other girl children -- one 18-months-old and another 12-months-old -- are recovering in the hospitals.