Too soon to say Omicron will end pandemic: Fauci

Washington, Jan 18 (IANS): It is very early to say if Omicron will lead to an end to the Covid-19 pandemic, and that there may be another variant with similar vaccine escaping potential, top US infectious disease expert Anthony Fauci has said.

Speaking at the Davos Agenda virtual event on Monday, Fauci said that "natural vaccination", or immunity via previous infection, might not be as effective as some believe, the Daily Mail reported.

Like Omicron, there is potential for a new variant to emerge in the future that can evade the natural immunity provided by infection from the new strain. 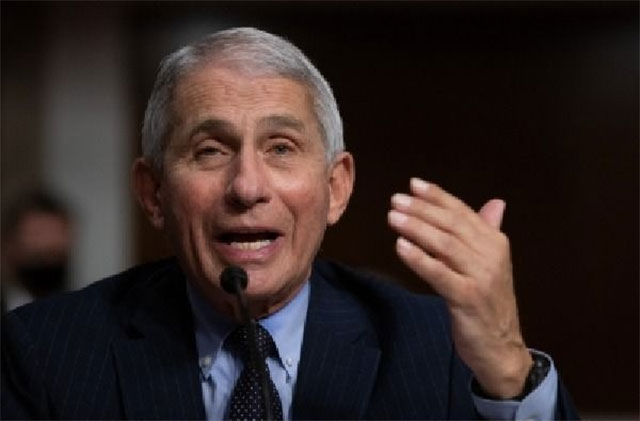 While Omicron seems to cause less severe disease than other variants, Fauci said the sheer volume of cases could have a meaningful effect on collective immunity.

"It is an open question as to whether or not Omicron is going to be the live virus vaccination that everyone is hoping for, because you have such a great deal of variability with new variants emerging," Fauci was quoted as saying by the New York Times.

"I would hope that that's the case," he said, "but that would only be the case if we don't get another variant that eludes the immune response".

Moreover, Fauci noted that the evolution of the pandemic is still an open question. "The answer is: We do not know," he said.

According to him, the world is still in the first of what he considered to be the five phases of the pandemic, the NYT report said.

The first is the "truly pandemic" phase, "where the whole world is really very negatively impacted", followed by deceleration, control, elimination and eradication.

He said that smallpox is the only infectious human disease that has ever been eradicated, but "that's not going to happen with this virus".

However, the virus can become endemic like rhinovirus and some upper respiratory infections. It can happen once countries reach the "control" phase, when the virus becomes a "non-disruptive presence", he said.

Title: Too soon to say Omicron will end pandemic: Fauci