Mangaluru, May 3: The video version of Amara Prema Kavya, a super romantic number from one of Prajoth D’Sa's composition is released on Youtube. Jostin D'Sa and team produced the video version of the song. The song already became a sensation in music world for its making.

This song features multi talented duos from Mangaluru Rahul Pinto and Delitia Pereira who have acted in several music videos and stage events. They are not only good actors but also fabulous dancers, who have won appreciation from the viewers. The visualisation of the campus of St Aloysius College is the another highlight of this song. 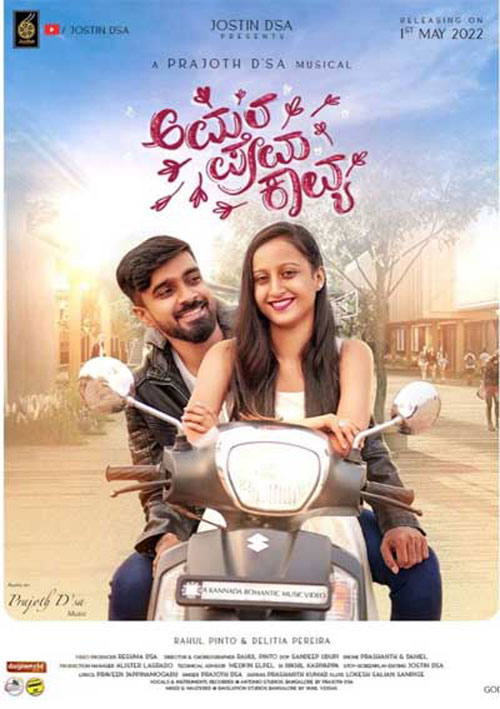