Mangaluru, May 12: Various parts of Karnataka received rains on Wednesday due to the Asani cyclone effect that is generated in Bay of Bengal. The meteorological department has announced yellow alert in Dakshina Kannada (DK) district for another two days.

Most of the rain was in the form of drizzle. In some areas for a short while heavy downpour is reported. The sky was cloudy throughout the day. Water did not flow as the intensity of the rain was low. Most of the water seeped into the earth. But the people are relieved because of the cool weather. 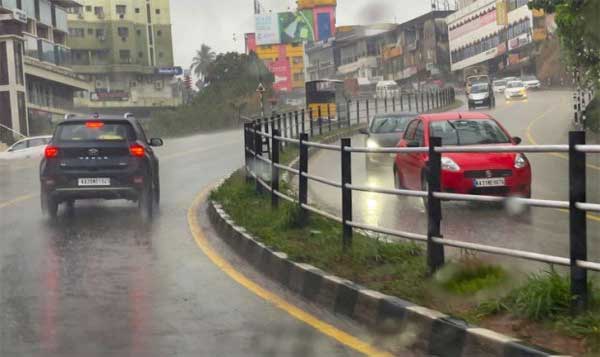 Balpa, Kalladka, Manchi, Narikombu, Adyar, Harekala and Balnadu also received good amounts of rain. The highest temperature recorded in Mangaluru city was 28.4 deg C, while the lowest was 26.5 deg C. This is six deg C lower than the usual temperature for this period of the year.

Road widening work of Mangaluru to Bengaluru national highway at Melkar got affected due to rain that poured whole day. The residents and shopkeepers in the vicinity also faced inconvenience. Vehicle drivers, especially two wheeler riders had tough time due to the mud that flowed onto the road from the pits that were dug for road work.