Gujarat, May 17: The premier show of Tulu film ‘Raj Sound & Lights’ sponsored by Shashidhar B Shetty, president of Tulu Sangha Baroda was held at PVR cinemas, Baroda on May 15.

“Such regional language films help in the growth of the relationship of mother tongue between the Tuluvas elsewhere and Kannadigas. I am proud to show the film in my mother tongue here after a long time. All the artists have performed well. The dialogues of Prasanna Byloor are good. All should enjoy the film,” said Shashidhar B Shetty congratulating the achievements of the film team. 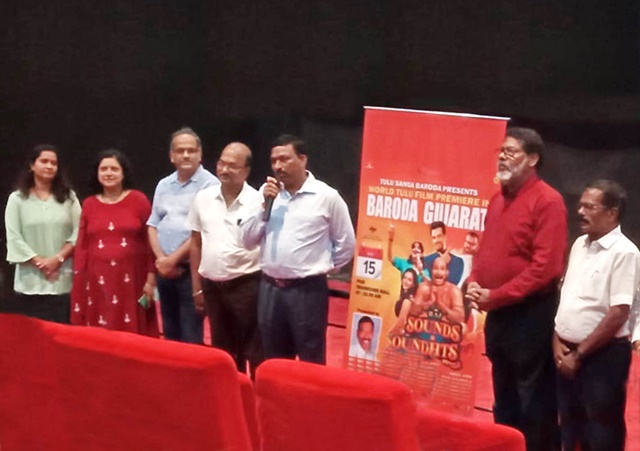 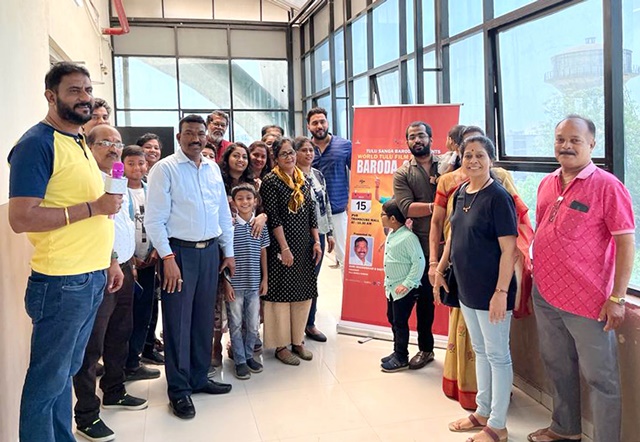 Madhava Shetty, Sathish Shetty, Dr Sharmila Jain, Balakrishna Shetty, Pramila Shetty and others were on the dais. Office bearers of Tulu Sangha Baroda and members accompanied by their families watched the film and praised it.

The film is written by Vineet VJ and Rahul Amin, produced by Ananda N Kumpala and directed by Rahul Amin.