Mangaluru, May 21: With heavy rains lashing the district during the last two days, a footbridge connecting Pavoor-Uliya Kudru (isle) was washed away on May 20.

In Pavoor-Uliya isle as many as 60 families are residing. They have given several memorandums to MLA U T Khader and MP Nalin Kumar Kateel urging them to construct a permanent bridge. But the administration has failed to respond to their woes. 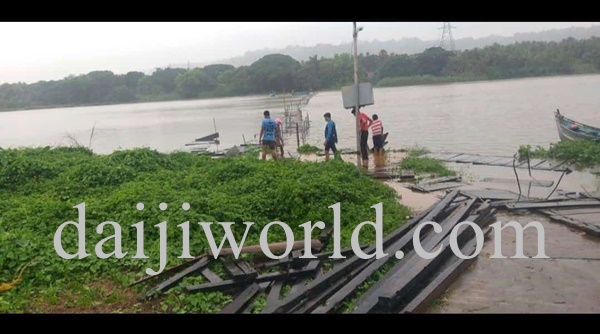 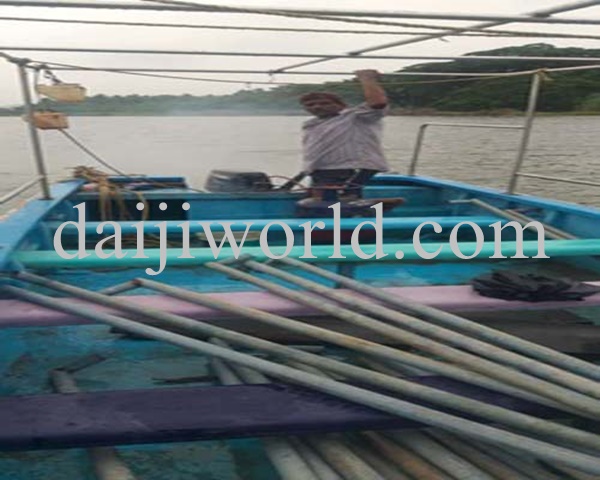 When it rains continuously, the students cannot go to the schools or colleges. Laborers cannot go to work as the Nethravathi river flows in full force. People need to stock the groceries when it rains heavily. Sometimes, during the rainy season, the people cross the river haunted by the fear of drowning.

This isle is not far from the city. This isle is located in the middle of River Netravati near Adyar on National Highway 75. The residents here have been pleading for a permanent bridge for a long time. Their pleas have not yet been considered by the successive governments. The politicians appease the residents of the isle with liberal promises only when elections are approaching and forget them thereafter. The residents have been spending lacs of rupees every year to build this temporary bridge. People here have to use boats to cross the bridge and establish contact with the outer world. During the rainy season, the river flows in its full glory and crossing the river on a boat becomes a difficult task.

There are no street lights, shops and medical assistance available on this isle. Hence, the residents have to depend totally on either Mangaluru city or Adyar or Farangipet.

Most of the isle dwellers here make a living by fishing and rolling beedies. However, due to rampant sand mining and other ecological imbalance causing factors, the fishing activity has been affected and they are forced to take up alternative jobs outside the isle.