Bengaluru, May 21: Chief minister Basavaraj Bommai’s sudden visit to Delhi on Friday, May 20, has given rise to many speculations in the state political circles.

Bommai went to Delhi due to a call given by the top brass before the visit to Davos. It is said that Bommai was called to discuss candidates for the Rajya Sabha and legislative council nominations.

BJP can win four seats in legislatives council while for Rajya Sabha it has to be satisfied with two. Though the party had thought of fielding a third candidate and seeking help from JD(S), the latter did not budge and said that they would field their own candidate. So Bommai will seek advice from the party top brass on the steps to be taken in case of the third candidate. 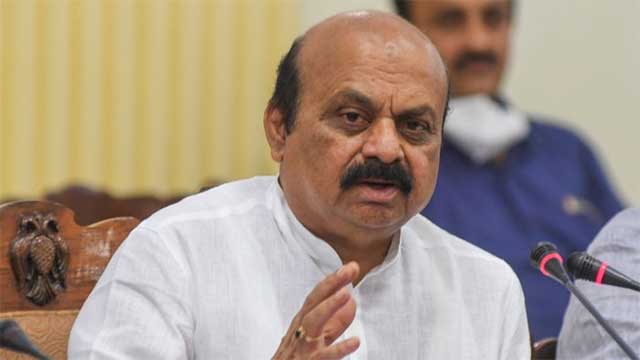 It is gathered that there are many aspirants for legislative council nominations and it is difficult to elect anyone unanimously. Hence Bommai has been called by the top leaders of the party, reportedly.

There is a possibility that discussions might be held with regard to the long awaited cabinet expansion also. It is learnt that the process might start after the Davos trip and completion of elections to Rajya Sabha and Legislative council.

Bommai will also discuss the order of SC on holding elections for BBMP within eight weeks. During his last visit to Delhi, discussions were held in this regard but as the matter was subjudice no decision could be taken.

Bommai reached Delhi on the afternoon of Friday. He went straight to the residence of union minister Prahlad Joshi and held discussions. It is said that he has sought time to visit Amit Shah and J P Nadda and if it materialises he will return to Bengaluru on the morning of Saturday.