Voters give major thumbs up to Assam government

New Delhi, May 21 (IANS): An overwhelming majority of people in Assam contend that they are happy with the performance of the state government, this was revealed during a survey conducted by CVoter on behalf of IANS to mark one year of the Assembly elections that resulted in the BJP retaining power in the state and Himanta Biswa Sarma becoming the Chief Minister.

Sarma had resigned from the Congress in 2015 and played a pivotal role in the BJP winning power for the first time in 2016. 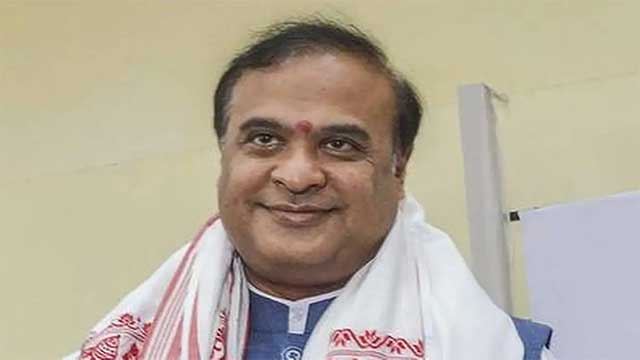 He has also played a key role in the BJP emerging as the dominant party in the entire northeastern region.

Incidentally, of the four leaders who became Chief Ministers of major states after the Assembly elections in May 2021, Sarma along with M.K. Stalin were given the highest approval ratings.

In sharp contrast only 18 per cent expressed dissatisfaction.

However, the same perceptions did not extend to the MPs and MLAs. According to the survey, 31 per cent of the respondents stated that were not satisfied at all with the performance of their MP, while 22 per cent said they were very satisfied.

Similarly, the CVoter survey reveals that 33 per cent of respondents were not satisfied at all with the performance of their MLA, while about 30 per cent said they were very satisfied.

The CVoter survey further revealed that the Opposition leader in the state has failed to win back the support of the voters.

During the survey, while more than 36 per cent of the respondents said that they are not at all satisfied with the performance of Opposition leader, only 13 per cent expressed satisfaction.

Prime Minister Narendra Modi has scored high approval ratings for his performance as head of national government among Assamese voters and continues to be their favourite choice to hold the post in future as well.

Similarly, when asked about the most suitable candidate to hold the post of Prime Minister in future, a large no of respondents in Assam, 44 per cent opined in favour of Modi. Interestingly, the survey data revealed AAP leader Arvind Kejriwal has emerged as the second most favourite choice for the top job pushing Congress leader Rahul Gandhi to spot 3.

During the survey, while 12 per cent of the respondents said they want to see Kejriwal as Prime Minister of the country in future, 11 per cent opined in favour of Gandhi scion. Notably, AAP has made its debut in the recently held Guwahati Municipal Corporation (GMC) elections after bagging one seat.

Though a large proportion of the respondents appeared to be content with the performance of state and Central government, price rise and unemployment continues to be the top concerns for the voters of Assam.

During the survey, while more than 34 per cent of the respondents said that price rise is the most important problem for them, almost 15 per cent opined that unemployment is their biggest worry.

Overall, people in Assam were optimistic about their and their family's future prospects. Close to 38 per cent of respondents expressed confidence that their living standard will improve in the next one year, while about 28 per cent felt it will deteriorate.

Title: Voters give major thumbs up to Assam government