Kundapur, May 27: Shravya R, a student of the Vijaya Makkalakoota English Medium school of Vandse Athradi has made the stellar achievement by which the whole education sector of Karnataka is spellbound. She scored 579 marks while studying or reading only in sleeping position due to her severe illness, which has affected her health from seventh standard.

Shravya is the daughter of Raju Poojary and Sujatha couple, residents of Bagwadi under Hakladi gram panchayat.

While studying in seventh standard, an illness started bothering Shravya. She was in hospital for months together. She was diagnosed with IBD Crohn's, a serious disease related to intestine. Her body weight started reducing considerably. Shravya who was healthy at 35 kg was reduced to 18 kg. It was still less when she wrote the examination. 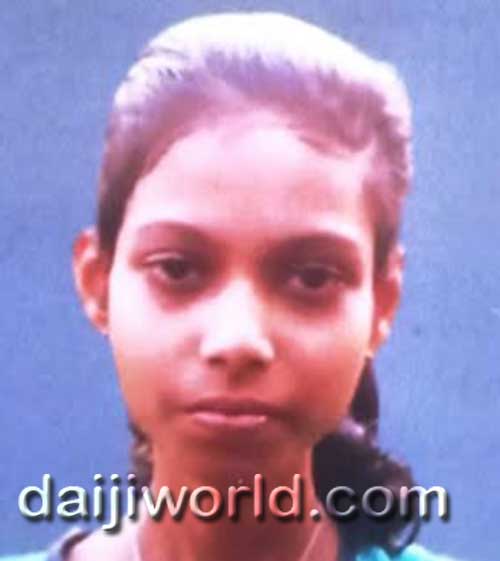 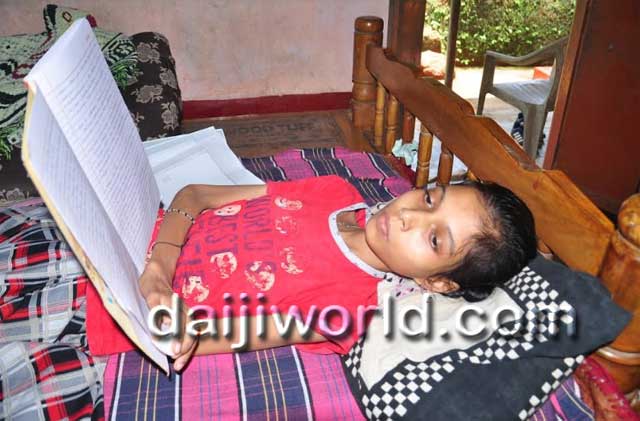 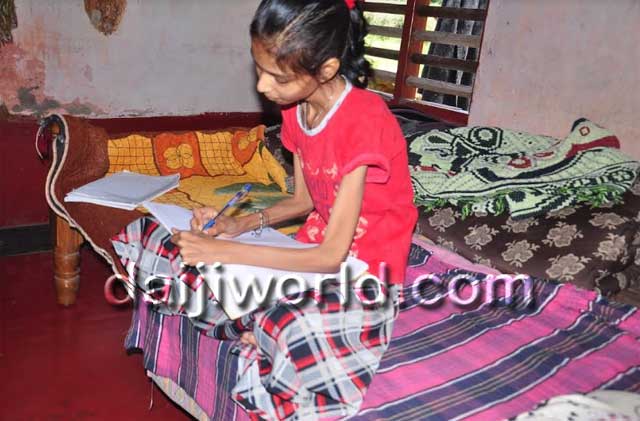 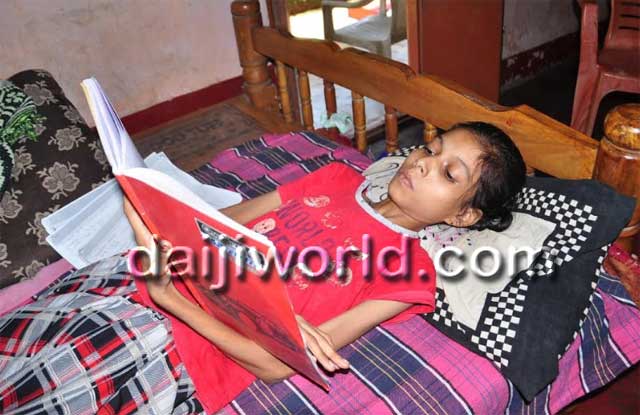 She took six months of treatment at Prakrithi Chikitsalaya at Sirsi. But during the rest of the days, she studied in sleeping position at home.

After completion of her seventh grade, Shravya could not attend classes regularly. However, Subhashchandra Shetty, convener of Vijaya Makkala Koota English Medium school and Deepika Subhash Shetty, head mistress of the school, provided her notes, though she did not attend classes.  They also held specific classes for Shravya and made her ready for SSLC.

In SSLC too, Shravya was given notes and PDFs. Some days she was taken to school and was given lessons separately. She was given three years of free education. She used to get up at 3 am and study.

When she was going to the examination centre, she was taken by school convener Subhashchandra Shetty himself in his vehicle. During certain examinations Shravya used to feel weak and was having a tough time. Answering six subjects was a challenge to Shravya.

Shravya’s leadership capabilities were noticed by the school when she joined the institution itself. As she was in the first batch of the newly started school they were given more attention. During the Kodagu landslide tragedy, Shravya led a team of students and collected Rs 60000 for the victims of Kodagu landslide through parents and lovers of education.

Shravya’s spirit is still high. She says, “I have a dream of becoming a doctor. I will not give up. I will at least become an engineer. So I have chosen PCMB combination in PU. I will go to college with my friends. My loneliness will go away. I will achieve and show to the world.”

It is difficult to score 580 marks if one attends classes regularly, take tuitions and study hard. So the achievement of Shravya reading photocopies of notes in the midst of her severe illness is just commendable. She has got admitted to study PU now. The education sector must notice this stellar performer. Her grit and determination will surely take her to higher places.

Shravya has a dream for her future. This requires the support of philanthropists and kind-hearted people. Shravya is from a financially poor family. Her father is having a small fast food shop at Hemmady. He has already spent lacs of rupees for her treatment. Shravya needs further treatment to get completely cured. Her body weight needs to return to normal. Anyone who wants to help Shravya may contact on her mobile number 7022088015.